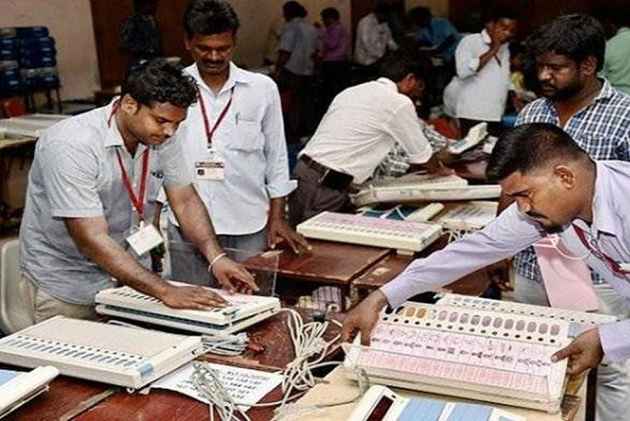 The Lok Sabha seats of Ajmer and Alwar, and the Assembly seat of Mandalgarh in Rajasthan will go to bypoll tomorrow.

Over 38 lakh voters are expected to decide the fate of 41 candidates here.

In a first, EVM machines with photos of candidates on them would be used for polling, which would take place from 8am to 6pm.

"For the first time, photos of candidates are being placed on EVM machines to avoid confusion among voters about different candidates with same names," Chief Election Officer Ashwini Bhagat said.

He said 38,02,168 voters are registered in all the three constituencies and preparations for the bypolls were complete.

Counting is slated to take place on February 1.

The Congress named Vivek Dhakad as it's candidate for the Mandalgarh Assembly constituency, former MLA Raghu Sharma for the Ajmer Lok Sabha seat and Karan Singh Yadav for the Alwar Lok Sabha constituency.