"The 'language of violence' allegedly used by the speakers is against the Indian culture and is unacceptable": Ashok Gehlot 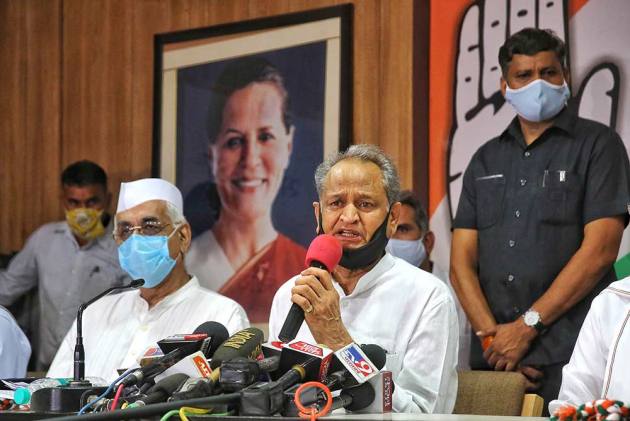 Rajasthan Chief Minister Ashok Gehlot expressed his dismayal at the "silence" of  the prime minister and other leaders over alleged hate speeches given at a Dharma Sansad in Haridwar. He said  that such acts in the land of Mahatma Gandhi cannot be tolerated.

Gehlot said it was surprising that the prime minister, home minister and the chief minister of Uttarakhand were silent on the issue and the government did not take any action against them.

“The Dharma Sansad held in Uttarakhand has shaken the country. Use of the language of violence is against our culture. The prime minister and the chief minister are silent, and the home minister is keeping mum. Why is action not being taken?” Gehlot told reporters after attending the party's training camp at Shivdaspura near here.

He said,  while Gandhi's birth anniversary is observed across the globe as the International Day of Non-Violence, it is unfortunate that such hate speeches were delivered in his country.

“If we do not live with love and harmony, how will the country remain united? Whether it is Hindu, Muslim, Sikh, Christian, Jain, Parsi... everyone has to live together,” he said.

“I had been telling them (Centre) for one-and-a-half to two months that they should allow booster dose to people above 60 years and those ill. The booster dose is being administered in several countries. Yesterday, the prime minister announced this and we are happy that he, at least, accepted our point,” Gehlot said.