The outcome of the by-elections of the Lok Sabha constituencies of Ajmer and Alwar and the assembly seat of Mandalgrah in Bhilwara district, has left the Raje-led BJP worried as it has to go to the polls after nine months from now. 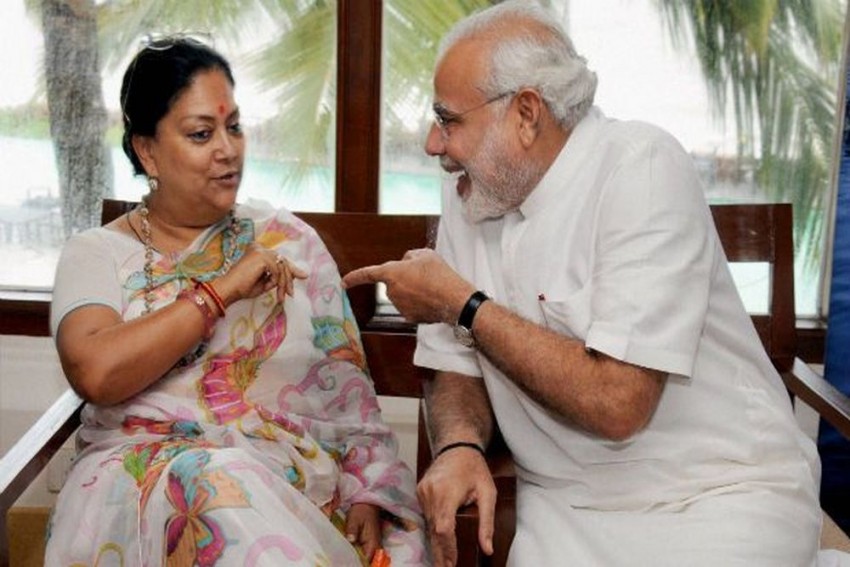 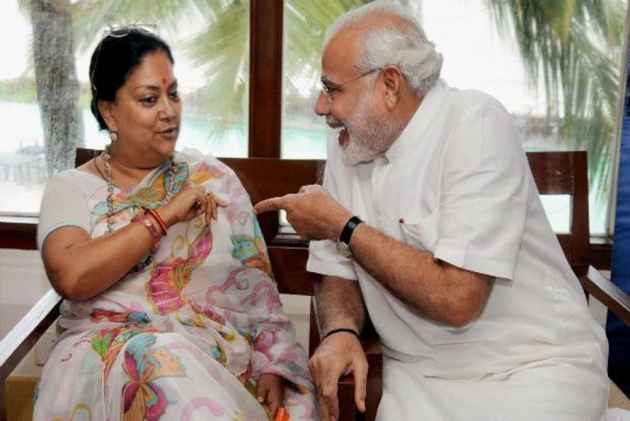 The BJP is stunned! Even Congress bosses had not anticipated such a turnaround in the electorates’ “sentiments” in the party’s favour.

With the Congress pulling the rug from under chief minister Vasundhara Raje’s feet by winning all the three by-polls -- one assembly and two Lok Sabha seats spanning over 17 assembly segments – it is quite evident that the much talked-about “Modi wave” is slowing down.

The outcome of the by-elections of the Lok Sabha constituencies of Ajmer and Alwar and the assembly seat of Mandalgrah in Bhilwara district,   has left the Raje-led BJP in the desert state worried as it has to go to the polls after nine months from now.

Electorates of this largest state of India have rejected it completely- a fact discernible from the fact that BJP drew a blank in all the assembly segments that went to the by-polls.

This is a huge morale defeat for Raje since she returned to power after humbling Ashok Gehlot-led Congress government in 2013 assembly elections when his party was reduced from 153 to 21 seats in the House of 200.

The BJP had also bagged all the 25 Lok Sabha seats in the 2014 Lok Sabha polls when Rajasthan, after the 1977 elections held in the backdrop of the Emergency rule in the country, for the first time failed to get its representation in the lower house of the Parliament.

If veteran BJP legislator Ghanshyam Tiwari is to be believed “the result is due to the party high command shielding the corrupt government in the state”.

“This is only the beginning of the end of the BJP in the state”, Tiwari, a known detractor of Raje, asserted after the results were announced on Thursday.

Not only the three BJP candidates are defeated in the by-polls, but 15 state ministers of the Raje government and 14 party legislators- representing assembly segments in the areas-  also lost as they were entrusted with the task of getting majority votes in the seats  the party represent.

State labour minister Jaswant Yadav, holding the cabinet rank, himself was fielded by the party from Alwar parliamentary constituency. He represents the Behror assembly segment in the legislative assembly.

Of the 8 assembly segments in each of the Alwar and Ajmer Lok Sabha constituencies BJP legislators represent 14 – seven each. All lost to the Congress nominees. In every assembly segment a state minister was made in charge.

Raje had also decided to rope in her MP son Dushyant Singh and his wife Niharika in the election campaign that began much before the elections were official announced.

Moreover in mid-January, Prime Minister Narendra Modi launched work-commencement of Rs 43,129-crore refinery complex in Barmer – a flagship project of the Gehlot regime, the project was   rejected and virtually kept shelved by Raje resulting in a political controversy.

However, most significant Congress victory is from the Ajmer parliamentary seat as, like Jitendra Singh, state Congress chief Sachin Pilot decided not to contest, mainly because he had lost in 2014 to the BJP nominee Sanwar Lal Jat by a margin of more than 1.71 lakh votes. This time, Congress’s firebrand leader Raghu Sharma defeated BJP’s Ramswaroop Lamba by over 84,000 votes.

In Mandalgarh assembly constituency, that went to the polls urban development minister, Shri Chand Kripalani was the election in-charge while the Congress nominee Vivek Dhakar was also facing a party rebel Gopal Malviya, making the contest triangular, by contesting as independent and ended up fetching around 40,500 votes. Dhakar recorded an easy win by defeating BJP’s Shakti Singh Hada by almost 13,000 votes.