The entry of devotees to the temple was banned last month after a controversy erupted over the removal of a saffron flag from the temple by members of the Meena community. 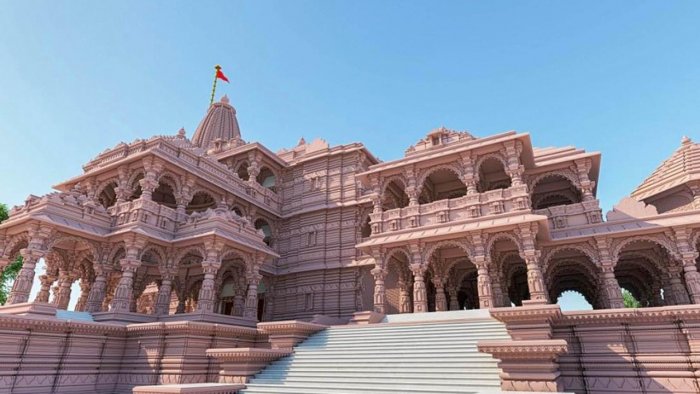 Former minister Golma Devi and Rajya Sabha MP Kirori Meena's wife were seen to offer prayers at Rajsthan's Ambagarh Fort temple on Wednesday as the temple reopened after resolving a dispute regarding  removal of a saffron flag atop the shrine by members of the Meena community.

An aide of Devi confirmed that the former minister along with several members of the Meena community and supporters offered prayers at the Shiva temple.

She also worshipped Amba Devi, the deity of the Meena community, her aide said.

Tight security arrangements were made around the fort as a precautionary measure.

The entry of devotees to the temple was banned last month after a controversy erupted over the removal of a saffron flag from the temple by members of the Meena community.

The removal of the flag had led to a dispute between the Meena community and Hindu outfits.

The temple is visited by the Meena community.

Independent MLA Ramkesh Meena, who had supported the youths who had removed the saffron flag, had accused Hindu outfits of tampering with his community's culture.

On Sunday morning, BJP's Rajya Sabha MP Kirori Meena along with his supporters reached the fort's rear wall by walking through hilly terrain during the night hours and unfurled a tribal flag.

He had demanded that people be allowed to visit the temple.