Singhal had also asked Hindu families in his constituency to not allow Muslims to enter their homes as they are "habitually involved in all kinds of crimes". 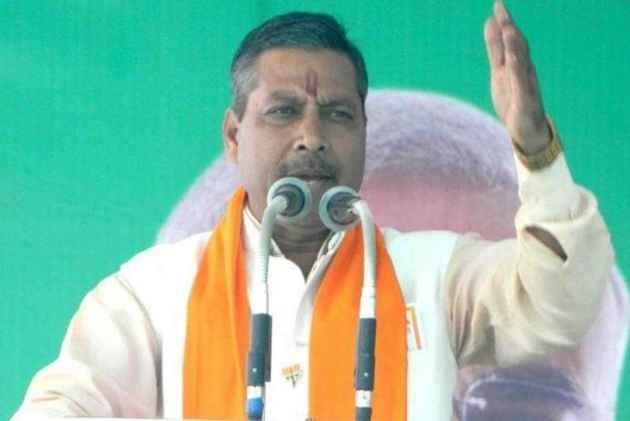 Bharatiya Janta Party's MLA from Alwar Banwari Lal Singhal has courted fresh controversy after he said that most of the Meo Muslims are "criminals" and are "experts at love jihad".

Speaking at a function on Tuesday he made clear his stand on the community and said that he does not ask them for votes, reportedThe Indian Express. "Seeking votes from them would mean that I have to help them in getting away with crime that they habitually commit. This is the main reason that I have always maintained a safe distance from them," he was quoted as saying.

Talking to a newspaper recently, Singhal had also asked Hindu families in his constituency to not allow Muslims to enter their homes as they are "habitually involved in all kinds of crimes".

Accussing them of being cow slaughters and forging fake identities to trap "most intellectual and liberal" Hindu girls, he said: "They are active in love jihad, they lure Hindu girls by creating fake Facebook IDs... they marry them and ruin them."

Meo is a Muslim community particularly from Mewat and adjacent regions in Rajasthan. With almost three and a half lakh people from this community only in Singhal's constituency, Alwar and Bharatpur districts are said to be densely populated by them. A community of traditional cattle rearers, Meo Muslims have been at the receiving end of cow vigilante groups lately. Pehlu Khan, a Meo Muslim, was beaten to death last year by gau rakshaks.

Calling the community "butcherers", he reiterated yesterday his stand. When asked about Meo voters in his constituency, Singhal shot back saying that he had no plans of doing "identity politics". "I am an RSS worker and my aim is not power or position. I don't want to do politics only for votes, we have to do politics for nationalism," he said.

The Meo community, however, see the MLA's statement as a tool to polarise people.

Singhal's anti-Muslim rhetorisc is not something new. He had earlier this year said that Muslims bear up to a dozen children with an aim to outnumber Hindus and to take "control of the country".