Former Rajasthan chief minister Vasundhara Raje on Friday told BJP workers not to be disheartened, stressing that the success lies in failure as victory and defeat are two sides of the same coin. 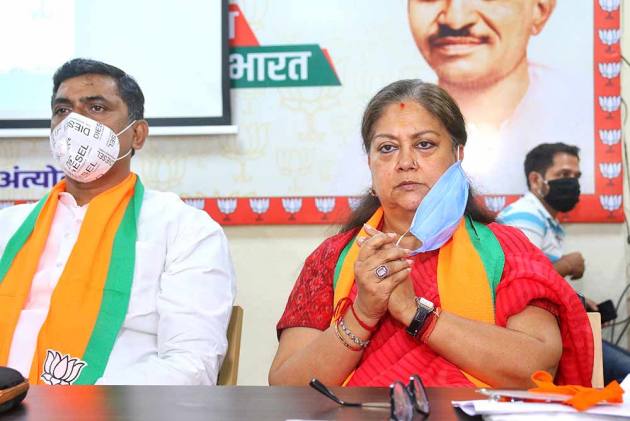 The former CM said this addressing people in Bhilwara’s Banera on the fourth and last day of her visit to the state’s Mewar area, days after the BJP lost the bypolls to the state Assembly. She said to win people’s hearts, their expectations have to be met.

“Victory and defeat are two sides of the same coin. BJP workers should not be disheartened because success lies in failure," she said according to a statement issued here.

Referring to a former prime minister Atal Bihari Vajpayee's statement, she said, "But it will not be done by mere slogans, statements and speeches but by working on the ground."

"It will be done by building trust in people. It will happen by living up to their expectations and working hard," she said.

Raje further said a real BJP worker is the one who works for the organisation without selfishness and considers himself proud to be called a worker. No matter how big a post a worker reaches, he prefers to be called a BJP worker, she said.

"He is never proud of his high position. After reaching a big post, he becomes even more humble, like our Prime Minister Narendra Modi," Raje added.

Raje also visited family of former MP Hemendra Singh Banera to express grief over his death. After this, she reached Pushkar where she offered prayers at a temple dedicated to Lord Brahma. She also offered prayers at the Ajmer Dargah.