Rahul Gandhi in an earlier interaction with IIM alumni in Singapore had reportedly stated that he and his sister, Priyanka Gandhi, have "completely forgiven" his father's killers, 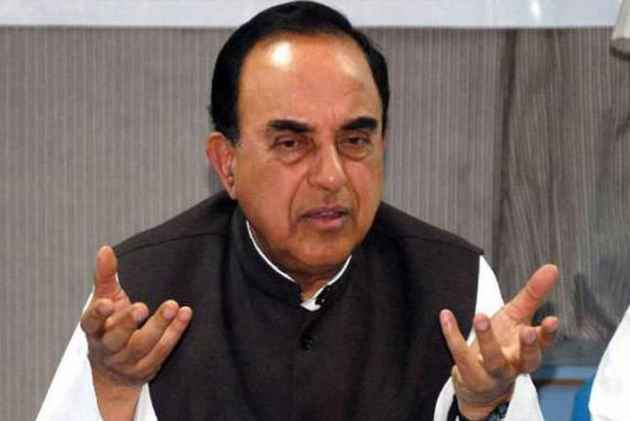 Speaking to ANI, Swamy urged that a probe be conducted into the death of the former prime minister.

"The reason given by the Liberation Tigers of Tamil Eelam (LTTE) for the assassination was that the Indian Army was sent to Sri Lanka to fight them. However, he (Rajiv Gandhi) was only acting upon a motion passed in Parliament stating that Sri Lanka had asked for assistance to fight the LTTE, as they could not do so alone," he said.

The Congress president in an earlier interaction with Indian Institute of Management (IIM) alumni in Singapore had reportedly stated that he and his sister, Priyanka Gandhi, have "completely forgiven" his father's killers, as they found it difficult to hate people, although the assassination had deeply angered and hurt them for several years.

In this regard, Swamy, while launching a scathing attack at Rahul Gandhi, alleged that the leniency given to the killers of Rajiv Gandhi gave rise to suspicions about the latter's assassination, and added that the Congress president's statement on forgiving the accused lacked patriotism.

"He (Rajiv) was a true nationalist, and those responsible for killing him in the prime of his life should be shown no leniency. Initially, Nalini, one of the killers, was awarded a death sentence, but this was reduced to life imprisonment. I fail to understand why we should be lenient towards someone who collaborated with foreigners to kill our former prime minister. Rahul's statement lack patriotism; he should understand that the punishment was awarded to the killers of the former prime minister, not his father," he said.

The senior BJP leader further alleged that there was some "understanding" with the LTTE, and therefore, urged a probe into the matter.

"Why did Priyanka (Gandhi) visit the convicts in jail; only the relatives of convicts are allowed to visit them, which she is not. Furthermore, Sonia (Gandhi) took care of Nalini's daughter's education in England. Nalini was also awarded a scholarship to study computer science in the Indira Gandhi University. I don't understand why they are showing such sympathy. I suspect there is something wrong," he added.

For the unversed, Rajiv Gandhi was assassinated by a suspected LTTE suicide bomber, during an election rally in Tamil Nadu's Sriperumbudur in May 1991.