"When they face deception by Congress, they become constrained to run a 'MeToo' campaign," he said. 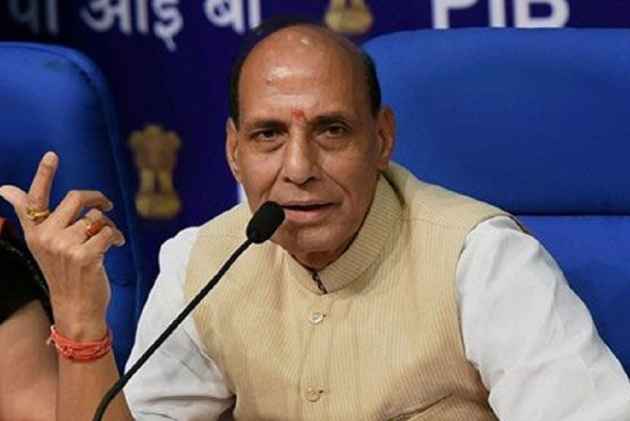 Union Home Minister Rajnath Singh on Saturday used the #MeToo movement analogy to ridicule the Congress and warn parties wishing to ally with it that they should not repent later and be compelled to run a similar campaign.

All the opposition parties, which had allied with Congress, have repented their decision later, Singh claimed, as he alleged that the parties who want to form alliance against the BJP do not have any agenda associated with national interest.

"Later, let such a situation not arise that all the opposition parties form alliance and later when they face deception by Congress, they become constrained to run a 'MeToo' campaign," he said, apparently referring to the movement that has empowered women to call out those who harassed them.

"...I would like to remind all the opposition parties... Whoever has gone with Congress, it is finished, no force in the world could save it from being erased," he said.

Claiming that all political parties fear the growing influence of BJP, he said they now want to fight the polls together.

"The parties can form an alliance, however big it is, but the parties should have the right agenda," he said, after inaugurating the national convention of Bharatiya Janata Yuva Morcha (BJYM), the youth wing of BJP, here.

Highlighting the union government's achievements, he said India was among the fastest growing economies in the world with the NDA in power.

During the last about four-and-half-years of NDA rule, no major terror attack has taken place in the country and the credit for it goes to the young personnel in the Army and other security agencies, the union minister said.

Asserting that the nation was now secure, he said Prime Minister Narendra Modi has shown decisiveness and cited
the example of "surgical strikes" across the LoC.

Singh advised the BJYM activists to take up not only political work but also socio-political work. He urged them to play a major role in helping the BJP win the upcoming Assembly and Lok Sabha polls.

Speaking at the convention, Tripura Chief Minister Biplab Kumar Deb highlighted NDA government schemes, including those for providing housing, electrification and LPG connections, that, he said, helped the poor in a big way.

Criticising the Telangana Rashtra Samithi governments investment support scheme for farmers in the state, he said the NDA government hiked the MSP which is result-oriented.