His rival in the elections, Congress MP Hariprasad, is likely to end up with about 111 votes, sources in the party said. 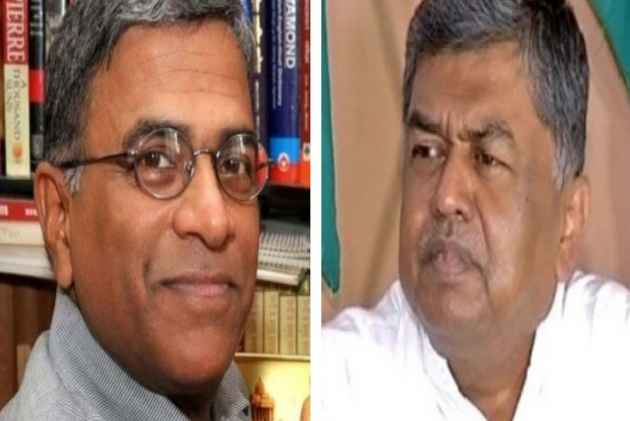 With the expected support of more than half the members of the Upper House, the ruling NDA's Harivansh seems to have a numerical edge over the opposition's B K Hariprasad in the election for the post of Rajya Sabha deputy chairman to be held on Wednesday.

Harivansh, a JD(U) MP, is likely to get the support of 126 members in the Upper House, which has an effective strength of 244 MPs, sources in the BJP said.

His rival in the elections, Congress MP Hariprasad, is likely to end up with about 111 votes, sources in the party said.

According to the calculations of BJP floor managers, Harivansh will get the backing of 91 members of the NDA, three nominated and erstwhile SP MP Amar Singh. He also has the votes of some non-NDA parties -- AIADMK (13 members), TRS (six), YSRCP (two) and INLD (one) -- adding up to 117.

Besides, the ruling alliance is counting on the support of nine BJD MPs, totalling 126 votes, BJP leaders claimed.

Sources in the BJD said Harivansh today met the party's Rajya Sabha members in parliament and sought their support for the election, while Hariprasad has still not approached them.

"We have numbers on our side and Harivanshji will comfortably win the election tomorrow. It would have been better if the deputy chairman was elected unanimously," minister of state for Parliamentary affairs Vijay Goel told PTI.

Union Parliamentary affairs minister Ananth Kumar had earlier reached out to the opposition and met Leader of Opposition in Rajya Sabha Ghulam Nabi Azad for a consensus.

Hariprasad has the support of 61 MPs of the Congress-led UPA, 13 members each of the TMC and the SP, six MPs of the TDP, five of the CPI(M), four each from the BSP and the DMK, two of the CPI and one MP of the JD(S), adding up to 109 members.

One nominated and one independent member will also support the candidature of Hariprasad, sources in the opposition said. This would take the expected opposition total to about 111, they said.

The arithmetic could change with the death of DMK chief Karunanidhi and uncertainty whether the party's MPs, including his daughter Kanimozhi, would travel to Delhi for the election.

The PDP, which has two MPs, has declared it is abstaining. The AAP with three members has not clarified its stand so for. However, both parties are unlikely to support the BJP-backed candidate.

There are other imponderables with several smaller parties not declaring their intention.

The candidates filed their nominations today for the election scheduled to take place around 11 am on Wednesday.