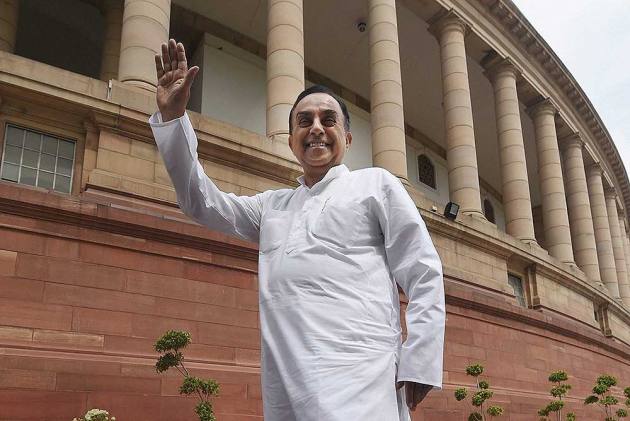 Rajya Sabha member and BJP leader Subramanian Swamy claimed that the Rajya Sabha Secretariat has refrained from entertaining a question posed by him, on whether the Chinese have crossed the LAC in Ladakh, citing national interest as a reason,

The Rajya Sabha Secretariat said it acts on the recommendation of the "ministry concerned" when sensitive issues are involved.

The issue is also being raised by the opposition ever since the clashes between the armies of India and China in June last year.

Prime Minister Narendra Modi had during an all-party meeting on the issue last year stated that no one had entered India or has occupied its territory.

The opposition has been attacking the prime minister and his government over the Indo-China face off at the border and has demanded action against the Chinese.

"It is hilarious if not tragic for Rajya Sabha Secretariat to inform me today that my Question whether the Chinese have crossed the LAC in Ladakh, cannot be allowed, ' because of national interest' !!!," Swamy said in a tweet.

A senior official of the Rajya Sabha Secretariat said, "The secretariat goes by the recommendation of ministry concerned if sensitive issues are involved." He further asserted, this has been the convention for a long time.