The Telugu superstar unveiled the trailer of the Telugu film at a grand event in Hyderabad on Saturday (October 16). 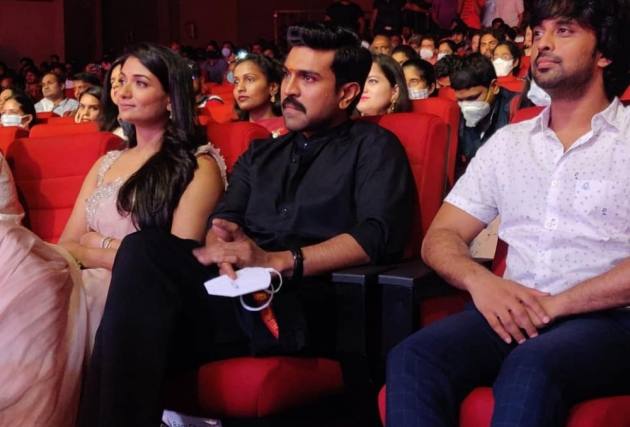 Sandhya Raju debuts with this film as the lead actress and also dons multiple hats as a producer, choreographer, production designer and costume designer for the project.

The trailer shows all the lead characters with the focus on Sandhya Raju. She plays the role of a classical dancer named Sithara, who wants to tell the story of Kadambari through her dance but faces opposition from her father.

The film was shot extensively in the temples across Hampi, Lepakshi, Bangalore and Hyderabad.

Director Revanth Korukonda, the music of 'Natyam' is given by Shravan Baradwaj. Actors Kamal Kamaraju, Rohit Behal, Aditya Menon, Subhaleka Sudhakar and Bhanupriya will be seen in pivotal roles.

Meanwhile, Ram Charan is gearing up for the release of his pan India magnum opus 'RRR'. He will be seen leading the film along with Jr. NTR, Alia Bhatt and Ajay Devgn. Directed by SS Rajamouli, the film will release on January 7 in theatres.