Ram Rahim Didn't Adopt Honeypreet, He Used To Take Her To His Room For Hours: Ex-Husband

Gupta denied claims made by Insan and Rahim and dubbed the concerned news as sham. 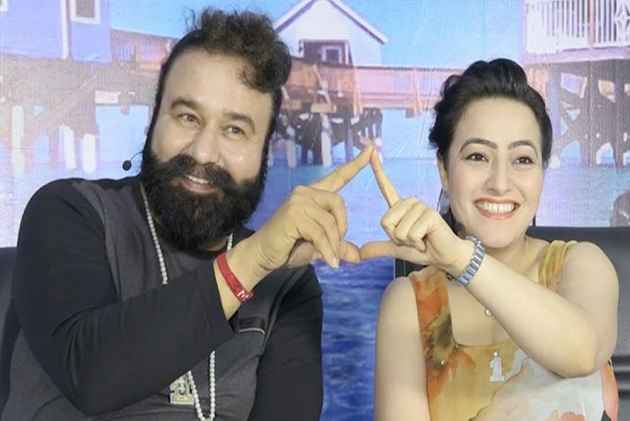 Vishwas Gupta, ex-husband of absconding Honeypreet Insan on Friday revealed the relation between self styled godman Gurmeet Ram Rahim Singh and her ex-wife and claimed that she is not the daughter of the rape convict as no legal adoption was done.

Gupta denied claims made by Insan and Rahim and dubbed the concerned news as sham.

"In no way Honeypreet is Ram Rahim's daughter. I want to clear this in front of everyone that no legal adoption was done. It is all a sham," Gupta told the media.

However both, Ram Rahim and Honeypreet, called themselves as father-daughter but, Gupta had accused both of having an illicit relationship with each other.

He also revealed that Ram Rahim used to carry arms and weapons in a big box wherever he used to travel.

"Ram Rahim always used to keep a big box of arms and weapons along with him. Wherever and in which ever car Gurmeet used to travel, his bodyguards used to keep the weapons box in that car," he said.

Gupta further said that Ram Rahim is very powerful even though he is in jail.

"Ram Rahim is very powerful even though he is in jail. Once I go back after this press conference I don't know if you'll see me again. I have threat for my life," he added.

"Ram Rahim made us play a game like Bigg Boss in his cave, we were six couples (family members) and spent 28 days there. Ram Rahim used to call me and my wife Honeypreet to his cave. He also used to take Honeypreet to his room for more than hours. We had deep faith on Gurmeet Singh. He treated me as his son-in-law," he added.

The Haryana Police on September 18 released a 'wanted list' of 43 people, over violence lashed after conviction of the Dera chief in two rape cases. The list had Honeypreet Insan, on the top.

She has been missing since the day the Dera chief was sent to Rohtak Jail.

Haryana witnessed uproar by Dera Sacha Sauda followers after Ram Rahim was convicted in the rape cases by the special CBI court on August 25, leaving about 41 people dead and injuring more than 250 people.