Joshi's remarks came after opposition members, including leader of opposition in Rajya Sabha Mallikarjun Kharge, said that Naidu could not do anything to resolve the differences between the opposition and the government. 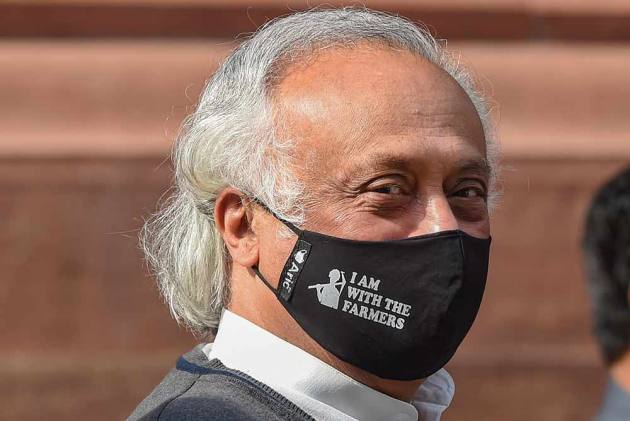 Hitting out at the opposition over disruptions in Parliament, Union Minister Pralhad Joshi on Friday accused Congress chief whip in Rajya Sabha Jairam Ramesh and other senior leaders of the party of casting aspersions on the Upper House chairman to create a "opposite narrative" and said it does a "disfavour not only to truth but to democracy itself".

Reacting to the charge, Ramesh said he hopes the mention of his name in the minister's statement is not a prelude to his suspension for the forthcoming Budget session. "I have always believed respect has to be commanded, not demanded," he added. Taking on the opposition, Joshi in a statement said it was painful that some members of the opposition reduced the temple of democracy to a theatre of street fight.

Joshi's remarks came after opposition members, including leader of opposition in Rajya Sabha Mallikarjun Kharge, said that Naidu could not do anything to resolve the differences between the opposition and the government. In the statement, Joshi said that the chairman was deeply pained over ruckus in the House and reached out to the opposition to break the stalemate.

"The opposition came back in multiple voices which were unclear and contradictory at the same time. Duplicitousness was obvious beneath some weak conciliatory overtures," he said. He further said when the chairman reached out in a concrete manner, the response proved that the intention beneath the conciliatory talk was that the House does not run.

"Now in order to somehow create the opposite narrative, senior members of the Congress party such as Jairam Ramesh by casting aspersions on the functioning of a Constitutional authority, the chairman of the Rajya Sabha, do a disfavour not only to the truth, but to democracy itself," Joshi said.

Ramesh said, "I hope the mention of my name in Pralhad Joshi's statement defending an unconstitutional and illegal suspension of 12 MPs is not a prelude to my suspension for the forthcoming Budget session." "This regime is capable of anything and most of all is simply not interested in any meaningful discussion on pressing national issues. And as far as Joshi's accusation is concerned I have always believed respect has to be commanded, not demanded," the Congress leader added.