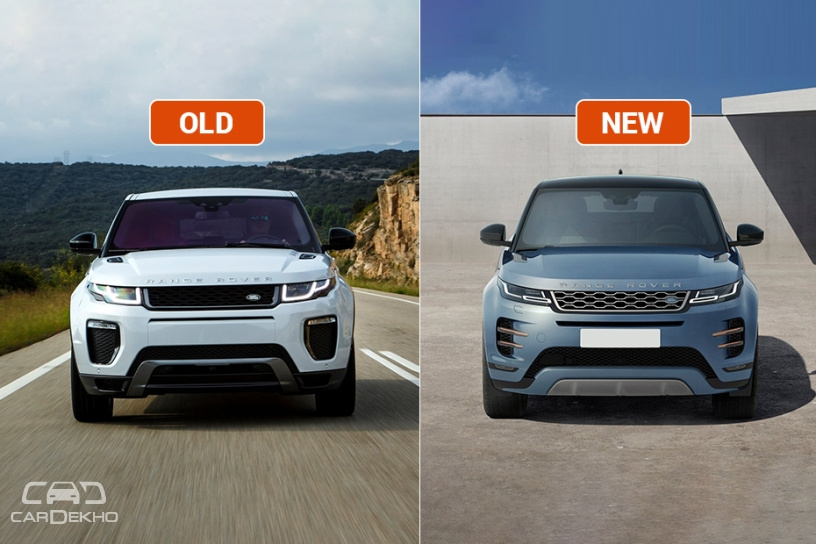 Land Rover has unveiled the second-gen Evoque after teasing the SUV on the streets of London. The new generation Evoque comes 8 years after the first-gen model debuted back in 2010. So, let's compare the new Evoque with its predecessor and find out what all has changed. 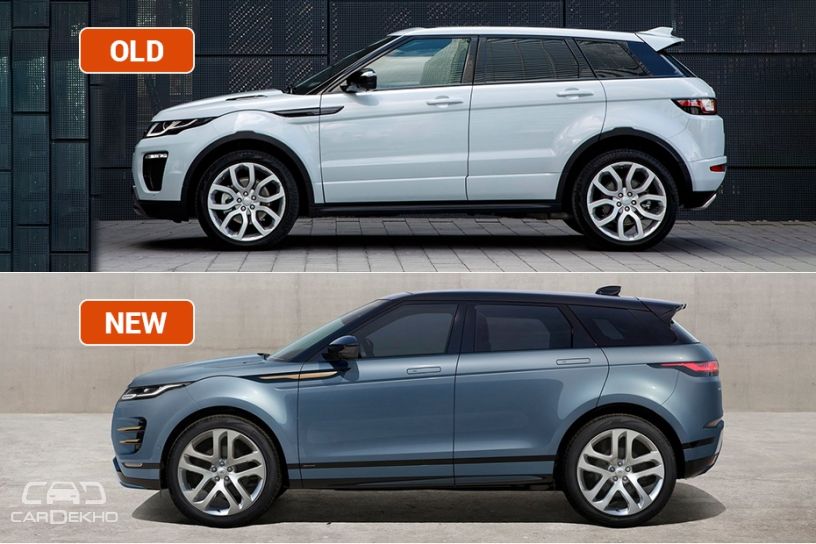 At 4,371mm X 1,996mm X 1,649mm, the new Evoque is 11mm longer, 6mm wider and 14mm taller than its predecessor. The wheelbase has also gone up by 21mm and now stands at 2681mm. This increase in dimensions doesn’t mean that the new Evoque is more capable that the old one, at least on paper. It has a lower approach, departure and breakover angle compared to its predecessor. However, the water wading depth has gone up by 100mm. 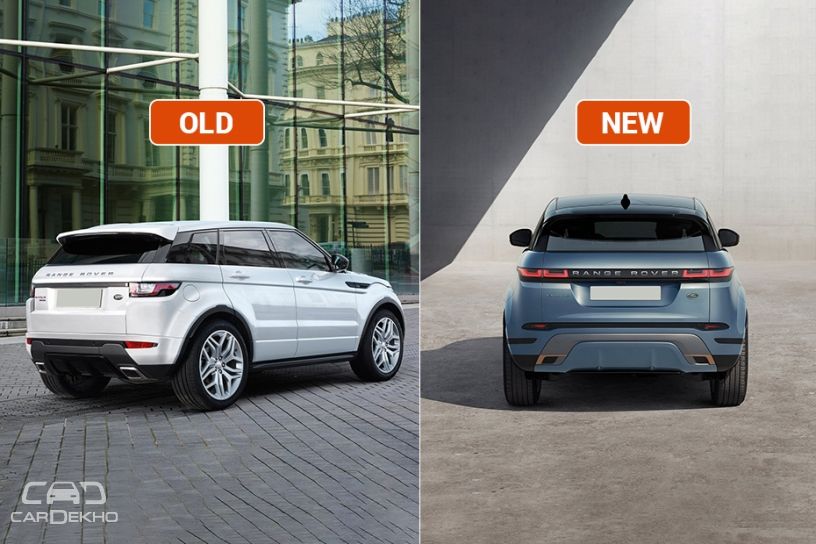 The second-gen Evoque borrows a lot of design cues from the larger Velar, thanks to which it looks less bulky than its predecessor. Like the Velar, the new Evoque gets horizontally stretched twin-pod LED headlamps. The front grille is also new, but it’s not as large as the Velar’s. The new bumper features a central air dam, like before, and side air dams with horizontal slats, unlike the outgoing model which had pentagonal side air dams and a sleeker central air dam.

On the side, the overall silhouette with the sloping roofline and the flared wheel arches do remind us of its predecessor but the pop-out door handles are similar to the Velar.

At the back, its features sleek twin-pod tail lamps (like the Velar), instead of the single-pod units of the predecessor. These also emphasise the increased width of the new Evoque. 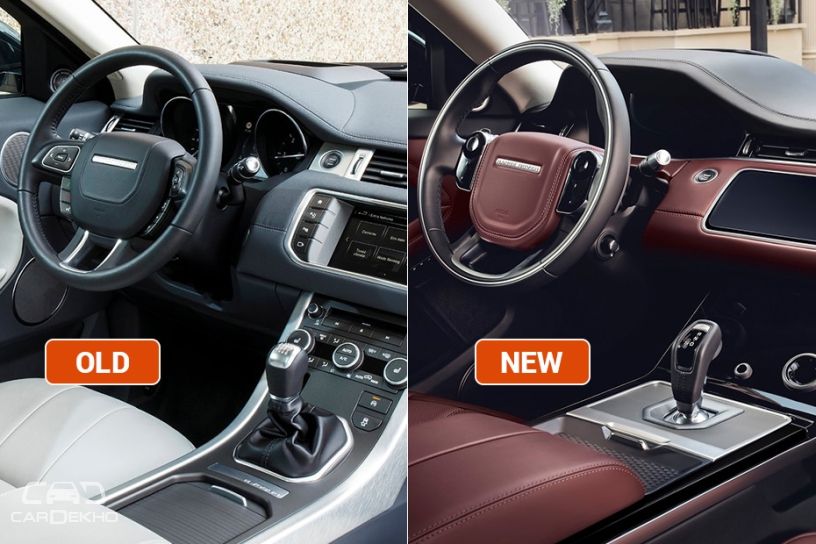 The cabin layout of the new Evoque appears less cluttered than its predecessor, especially when you factor in the controls on the central dashboard between the front seats. The interior also looks modern thanks to the touch controls on the steering wheel and digital instrument cluster, which are not present on the first-gen Evoque. The new Evoque also features JLR Group’s Touch Pro Duo infotainment system that consists of two screens: one 10-inch unit for infotainment that sits on the dashboard and supports Apple CarPlay, while the second unit holds controls for other onboard features like climate control, ventilated seats and terrain management system. Like the exterior, there’s influence from the Velar on the inside as well.

The new Evoque debuts Land Rover’s transparent bonnet concept which was previewed on the Discovery Vision concept. It uses cameras in the front grille and on the door mirrors to project a feed onto the central touchscreen that shows what is ahead of and underneath the front of the Evoque with a virtual 180-degree view. Land Rover claims it allows good visibility when negotiating extreme terrains as well as high kerbs (speed breakers).

Then there’s the ‘ClearSight Rear View’ tech. In this, with the touch of a button the interior rearview mirror displays feed from the camera mounted above the rear window, providing an unobstructed 50-degree view of the cars coming from the back, just in case you’re carrying a big object that obstructs rear vision. None of these features were a part of the Evoque’s equipment list before. 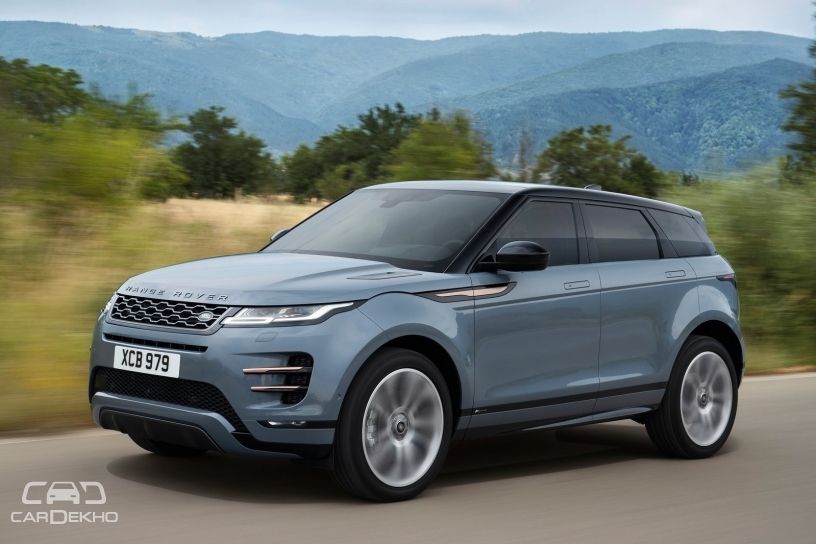 Similarly, the new Evoque is also powered by the Ingenium family of petrol and diesel engines. In the UK, where it has been launched, it is powered by the 2.0-litre diesel engine that is available in 150PS, 180PS and 240PS power outputs with automatic transmission and mild-hybrid tech. It can also be had with a manual transmission but it is limited to the 150PS iteration only.

In the petrol avatar, the Evoque gets a 2.0-litre engine with an automatic transmission only with three power outputs: 200PS, 250PS and 300PS. The petrol Evoque is available with mild-hybrid tech as standard. 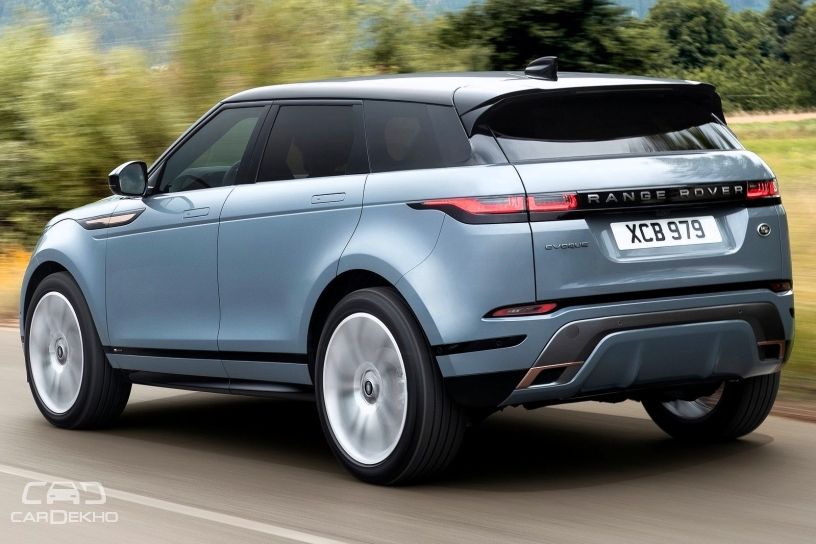