Rani's Got A Gun

The theme of women driven to answer male violence in kind has shown up in quite a few movies of late. 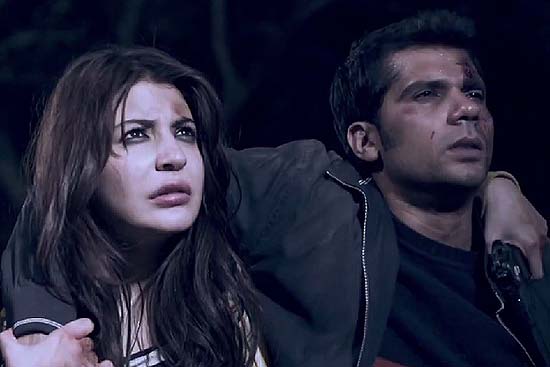 In the recent film NH10, a woman gets violent. Anushka Sharma's character, Meera, descends in a harrowing spiral that is precipitated by clashes of toxic masculinity — the kind of masculinity that perpetrates honour killings, and the kind that answers injustice with violence. And the weight of all that violence bears down on Meera and changes her. Meera begins the film as a grounded voice of reason, and displays a resilient, enduring sort of strength through much of the story. By the end, though, she has made a precipitous plummet into cold-blooded brutality, and devolved into detached, merciless vengeance.

In a chilling bookend to the explosive displays of masculinity that spark the narrative, the film concludes in a grim accord of sorts between two willful women, Meera and Deepti Naval's character. Each in her own way is damaged by the burdens placed upon them by the patriarchal rules of their society, and each responds, of necessity, by taking on a brutal and traditionally male role. And Meera's revenge is not a gleeful filmi vanquish of bad guys by good guys, nor is it an arc of redemption. It's more nuanced than that. Meera defeats violence with violence, and perhaps to some viewers there is a sense of relief and cathartic justice. But her vengeance is more tragedy than triumph. 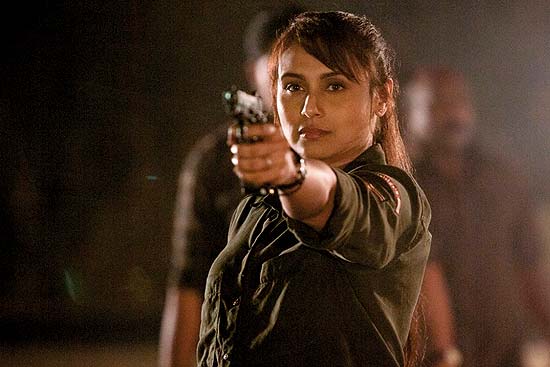 This theme of women driven to answer male violence in kind has shown up in quite a few movies of late, from NH10 to Mardaani to Gulaab Gang. A grim reading of what these movies have to say about women and power is that the only way women can exercise power is to take on the most vicious, most destructive expressions of power, the most destructive aspects of traditional masculinity. Mardaani suggests this alarming message, implicitly through its narrative and even explicitly with its title. At the end of Mardaani, Rani Mukherjee's character encourages a group of exploited girls to beat to death the man who has abused them. This is a catastrophic bursting of the dam of oppression and suffering, a torrent of revenge. But as in NH10, it is not clear whether one is intended to cheer at this turning of the tables, or be appalled; both films admit both readings. It is a terribly bleak idea, that the only way for a weak and oppressed class children, or women, or both to wrest power from merciless, violent men is to play the game on the same terms they do, answering violence with more merciless violence.

Gulaab Gang has a more masala tone throughout, and consequently its presentations of female violence against men are less ambiguous; they are meant to be triumphant, stirring victories for girl power. Gulaab Gang pits two women against one another, both wielding traditionally male types of power. But these powers are not transformed simply by being placed into female hands.

Madhuri Dixit's character and her band of vigilante women fight for women, for those exploited for dowry, for those who want education and financial security but her tactics of intimidation and injury are no different from any heroic avenging male. And the film's villain, played by Juhi Chawla, draws on the archetype of the corrupt political boss; while she is not above using violence to advance her interests, she has goons to do the dirty work for her.  Madhuri's character operates from a space of pure moral superiority, and with a masala hero's ruthless calm, presenting a thoroughly unsubtle contrast to Juhi's sneering cartoon villainy. The result is that Madhuri's victory is familiar, not subversive, the stuff of any number of masala film's where an everyman hero extracts extrajudicial revenge from the corrupt establishment, think Ghulam, for example.

Is there ever subversion in when a woman takes up violence in a film? Not in Revolver Rani, where Kangana Ranaut's character's violence conveys the picture of a woman completely unhinged. This character displays a manic and exaggerated caricature of aggressive masculinity. She not only waves guns around, but fires them into the air with impulsive glee. When she meets a man she likes, she not only claims him as her lover but possesses him jealously, acting out a traditionally male sense of ownership over a partner. But these traits are a signifier that the character is loony; how far she has stepped outside the sphere of behavior assigned to her sex is a measure of her insanity.

Still, even if the message of these films is not quite subversive, there may be something satisfying and cathartic about them, at least for some viewers. If the traumas that drive these women to take up violence is taken as a proxy for the horrendous high-profile rape incidents that have driven India's discourse about gender for the last couple of years, then perhaps these narratives reflect more than just the general statement that the only way the powerless can save themselves is to take up the weapons of the powerful and bash their heads in with them. They also reflect the tremendous unanswered rage that many women must feel in the face of one outrageous rape case after another.

In these movies,  politicians, police, and village leaders collude to exploit and abuse women and to have people killed who interfere with their ambitions. And in the real world, politicians and judges make outrageously demeaning statements about women who ask for it by not keeping to their place. In that world it's not entirely unreasonable to start to doubt the effectiveness of a political solution. In that world, headlines about women striking back, attacking and beating and emasculating their attackers, become increasingly common. Perhaps these films tap into a vengeful strain of the zeitgeist, expressing it in a filmi form that is as satisfying for some as it is unsettling for others.