Ranveer Singh All Smiles At His Haldi Ceremony 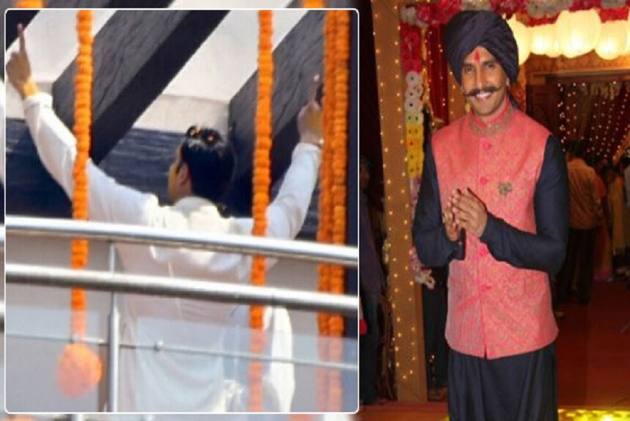 After Deepika Padukone's Nandi Puja in Bangalore, Ranveer Singh on Monday kicked off the pre-wedding celebrations with a haldi ceremony at his residence in Mumbai.

Ranveer's one selfie with his close friend from the industry, Shanoo Sharma went viral on the internet on Monday, where the groom can be seen glowing with haldi on his cheeks and excitement on his face. 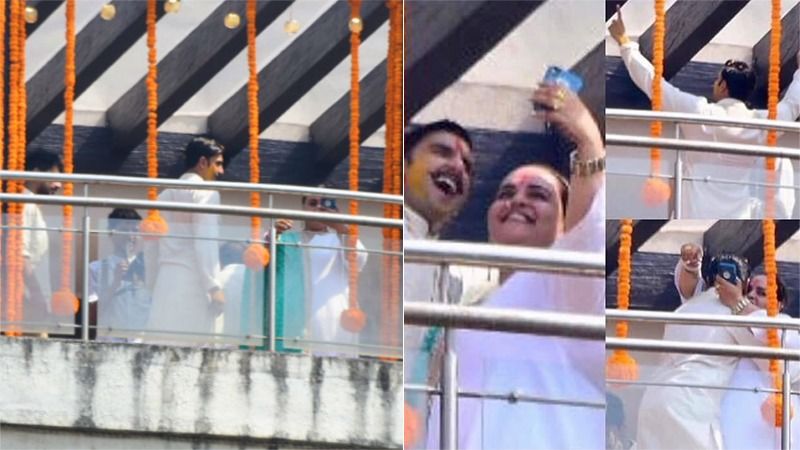 Ranveer can be seen wearing a white kurta with his face and arms smeared with haldi.

Few days back Padukone’s crew, including stylist Shaleena Nathani, makeup artist Sandhya Shekar and hairstylist Gabriel Georgiou shared photos of the bride at the event on their respective Instagram accounts.

Padukone was seen dressed in a radiant orange outfit by designers, Sabyasachi Mukherjee, with royal chandbalis accessorising her look. The puja was followed by a traditional Konkani lunch.

On October 21, the stars confirmed the news and dates of their wedding on social media. While Padukone, 32, and Singh, 33, did not reveal the wedding venue, if rumours are to be believed, the couple will head to Lake Como in Italy to take their vows, followed by a reception in Bengaluru and Mumbai each.

The couple began dating on the sets of Sanjay Leela Bhansali’s Goliyon Ki Rasleela - Ram Leela. They have also worked together in Bajirao Mastani, Padmaavat and Finding Fanny.