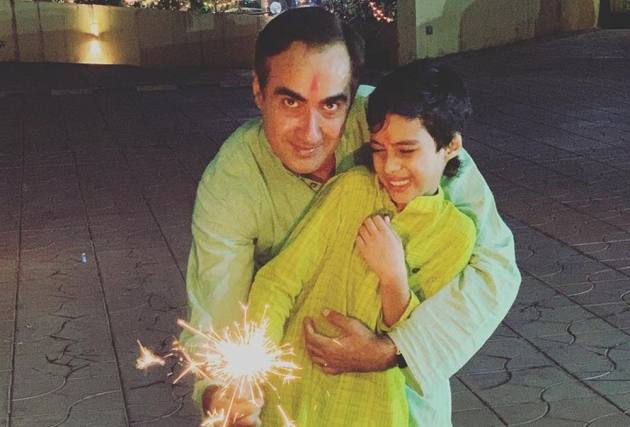 Bollywood actor Ranvir Shorey’s son Haroon tested positive for Covid-19 during a routine test for their journey back to Mumbai from Goa. The actor revealed on social media that he was almost hounded out of a hotel room after he revealed about his son was tested positive. He also said that he and his son were asymptomatic and had isolated themselves.

The father-son combo opted for a re-test on Thursday morning (December 28), and while Shorey tested negative, Haroon's result was positive once more.

Ranvir Shorey told his fans on December 28 that his son, whom he shares with his ex-wife and actress Konkona Sen Sharma, tested positive for Covid-19 during the RT-PCR testing for the return flight from Goa to Mumbai.

The actor took to his Instagram handle and shared his quarantine experience and gave shocking updates about his recent experience during his stay in a hotel in Goa with his son.

The Covid-19 scare has resurfaced, with the number of positive cases on the rise once more and currently, the Bollywood film industry appears to be the most hit by the virus.

Haroon Shorey is the son of Ranvir Shorey and his ex-wife Sensharma. The couple married in 2010 and divorced in 2020, however, they have been separated since 2015. In an interview with Bollywood Bubble earlier this year, the actress opened up about co-parenting with Ranvir and said: “I am very lucky because Haroon’s father is a very involved parent. The thing is because both of us are working and shooting, we are able to mostly balance it out. When Haroon’s father is shooting, I try to be in town and vice versa.”

On the work front, Ranvir Shorey was last seen in ‘420 IPC’, which is now streaming on Zee5. He also appeared in 'Murder at Teesri Manzil 302'  starring late actor Irrfan Khan.