Special CBI judge Jagdeep Singh was flown to the Sonaria's jail to pronounce the sentence. 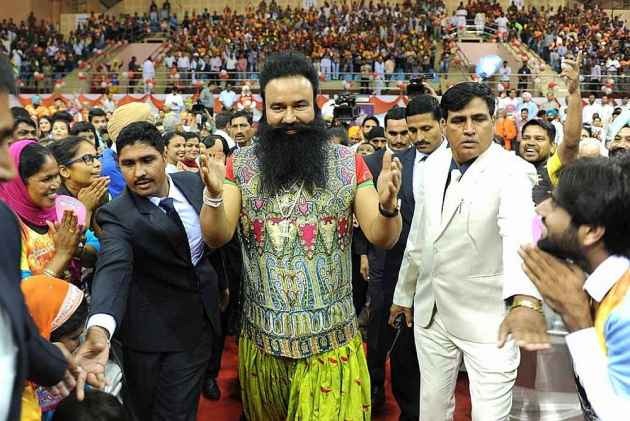 He said both sentences will run consecutively for a total of 20 years in jail for the flamboyant guru who has millions of followers and counts politicians as well as celebrities as his friends.

Singh also fined him Rs 15 lakh in each of the two cases, of which Rs 14 lakh each would go to the two victims who were part of his sect and were coerced into having sex with him.

The defence counsel sought leniency from the court arguing that Ram Rahim was active in social work and had health issues. He said he will appeal against the orders in a high court.

The sentence was passed in a special courtroom set up inside the Sunaria jail where Ram Rahim, the 50-year-old self-proclaimed godman, is lodged since last Friday after he was convicted.

Media reports said he broke down and begged for forgiveness with folded hands when the first sentence was passed.

The judge was brought to Rohtak by a helicopter from Chandigarh and landed at a helipad near the jail located on the outskirts of Rohtak.