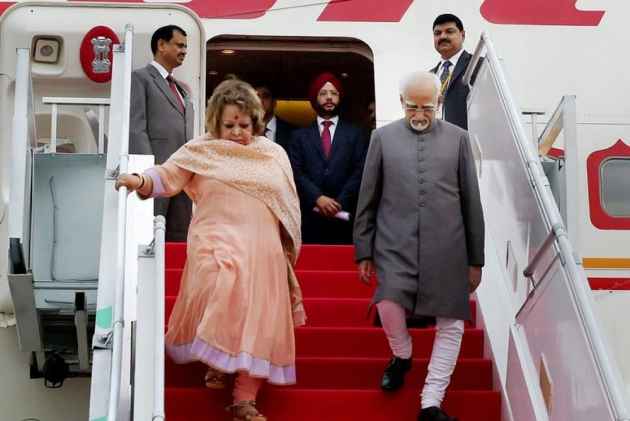 Two unidentified men allegedly mixed “rat poison” in the water tank of a madarassa in Agra run by former Vice President of India Hamid Ansari’s wife and housing around 4000 kids, according to reports.

Reports said that the police have lodged an FIR in the case under IPC sections 328 (causing hurt by means of poison) and 506 (criminal intimidation) and are on the lookout for the assailants.

Ansair’s wife Salma Ansari has called the incident "shocking and scary", The Times of India reported.

The incident has been reported a month after Hamid Ansari in a television interview during his last days in office stated that there is “a sense of insecurity” creeping in among the Muslims in India.

“There is a feeling of unease, a sense of insecurity is creeping in,” he had said, after which he faced online trolls by right wingers. He had also faced flak from several BJP leaders including current Vice President Venkaiah Naidu and Prime Minister Narendra Modi.

The Madrassa Chacha Nehru, located in the heart of Agra city is run by Al Noor Charitable Society headed by Salma Ansari.

According to the TOI report, a student spotted two men mixing “some tablets” in the tank when he went to drink water from a common water tap on Friday evening. When he questioned them, the assailants threatened him with a country-made pistol to keep quiet.

Another report by The Hindustan Timses said the assailants made a successful run to escape by jumping over the madrassa wall.

“Following the incident, we have decided to install CCTV cameras in the 18-year-old charitable institution which has 4000 students on its rolls," Salma told TOI.

“Who can have enmity with children? I am unable to understand. Investigation is a must to expose the conspiracy behind it,” she told The Hindustan Times

The police have sent the water sample for forensic test.