Talking to reporters here, Raut said he held discussion with Pawar on a range of issues, including politics and the ongoing MSRTC workers strike, which is not showing any signs of resolution. 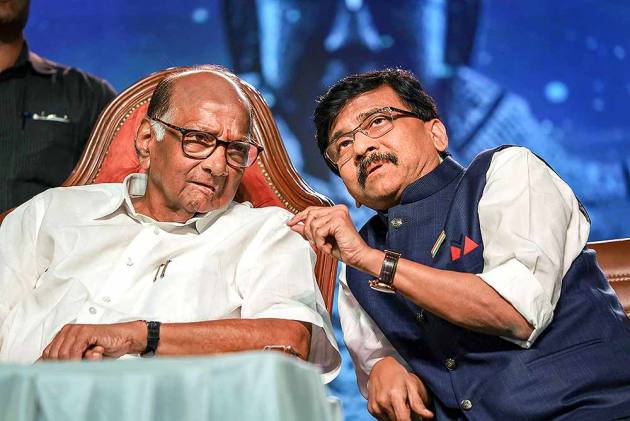 Talking to reporters here, Raut said he held discussion with Pawar on a range of issues, including politics and the ongoing MSRTC workers strike, which is not showing any signs of resolution. The NCP is a key constituent of the Shiv Sena-led Maha Vikas Aghadi (MVA) government.

“Only serious issues are discussed with Pawar saheb because we both don't have time to discuss other issues. The MSRTC strike issue is very serious and I am sure that the issue will be resolved soon,” he said after the meeting held at the NCP president's residence here. The strike by MSRTC staffers demanding a merger of the loss-making transport undertaking with the state government continued for the 27th day on Tuesday.

Attempts are being made to set fire in Maharashtra, from Amravati (a reference to the recent riots in the city) to MSRTC workers strike, Raut alleged. “Everyone is sympathetic towards the cause of ST employees. Whatever that can be done by the government is being done,” he added. To a question on former Mumbai Police Commissioner Param Bir Singh, Raut said it is not a serious issue which requires discussion with Pawar.

In a major relief to Singh, the Supreme Court on Monday protected him from arrest in criminal cases lodged against him in Maharashtra, wondering that if he is being hounded for filing cases against police officers and extortionists, what could happen to a common man. The senior IPS officer, who has nearly half-a-dozen criminal cases against him, has claimed a threat to his life from the Mumbai police.

Asked about the threat issue, Raut said, “There is no city as safe as Mumbai. It is a joke (that he faces threat from the Mumbai Police) when a former Mumbai Police Commissioner says this.” “He is an accused now. He has cases of extortion against him and such people should not be trusted,” the Sena leader said.