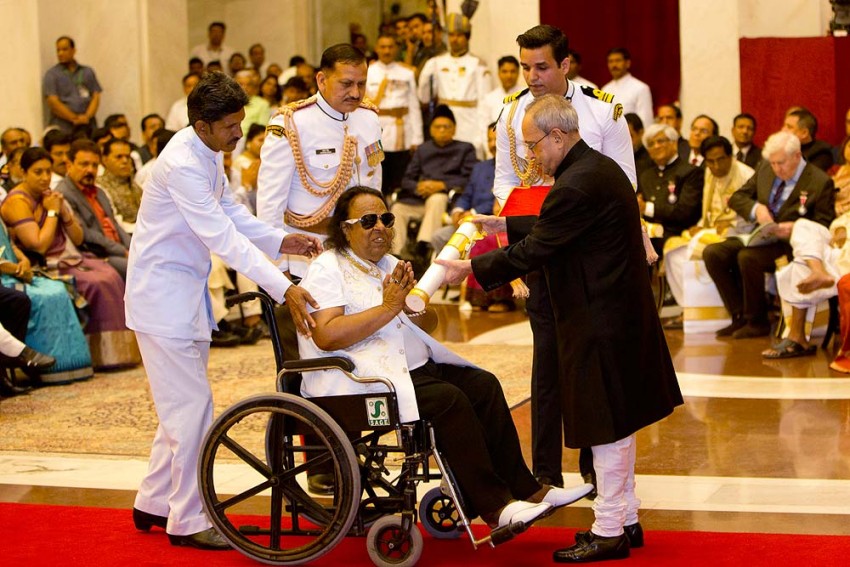 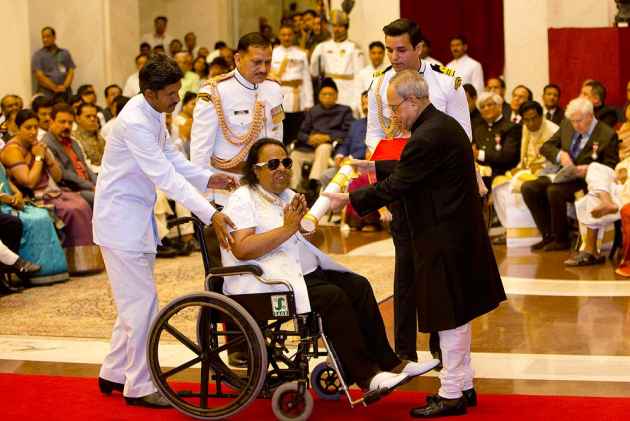 Ravindra Jain was an acclaimed music personality who overcame lifelong blindness and achieved greatness. He passed away in Mumbai on October 9.

Leading the tributes, Prime Minister Narendra Modi said: "He will be remembered for his versatile music and fighting spirit."

"Music is everything for me. It is the very way of life for me," he once told me. "Pure, classical music is the closest thing to God."

Ravindra Jain was blind from his birth on February 28, 1944, in Aligarh, Uttar Pradesh. He was the third among seven brothers and one sister. His father was a Sanskrit pundit; his mother was a homemaker.

With no chance of studying academically, Jain turned to music at a young age and started singing devotional songs at temples. He had his basic training in music under stalwarts like G.L. Jain, Janardhan Sharma and Nathu Ram.

"I was not unaware of my talent. I was determined to overcome my handicap and scale heights of success in music," he said. "I did not allow my handicap to get the better of me; nor to deter me from achieving my goal."

Jain was fond of reciting a poem that read: Bandh aankhon se aise kam karo, aankh khul jaye aankh walon ki (Work in such a way with closed eyes that it can open the eyes of those who can see).

By the time Jain landed in Mumbai in the early 1970s and started scoring music for the Hindi films, he had built a reputation as a composer, singer and songwriter. There were many films for which he not only composed music but also penned and sang songs.

Work was always worship for Jain. He was at the recording studio, working on Saudagar in 1973, when he received word that his father had died. But he did not leave the studio until his work was done.

Jain's career rocketed when he met the southern Indian singing legend K. J. Yesudas. He exploited the entire range of Yesudas' genius and the duo produced one hit after the other in the 1970s and 1980s. He named Yesudas as the "Voice of India". Jain once famously said that if he was ever to gain sight, Yesudas's face was the first he wished to see. Hemlata was another singer who featured prominently in Jain's compositions.

He produced a number of religious albums in different Indian languages, including Bengali and Malayalam, which continue to be played in temples across the country. He composed music for several television series in the 1980s and 1990s. His music for Ramanand Sagar's mega television serial Ramayana, based on the great Hindu epic, was both iconic and outstanding.

Stoutly built with flowing black hair and sporting wraparound sunglasses, Jain regularly appeared on music shows on television. It was quite an experience for connoisseurs to watch and listen to him speak and sing with his unmistakable baritone.

In 1985, he won the Filmfare Award for Best Music Director for Ram Teri Ganga Maili. He was felicitated with the Padma Shri in 2015.

He is survived by his wife Divya and son Ayushman.