Ready To Enter Into Alliance With Lashkar-e-Taiba, Jamaat-ud-Dawa: Pervez Musharraf

This statement has come almost a month after he claimed he was the biggest supporter of the two parties. 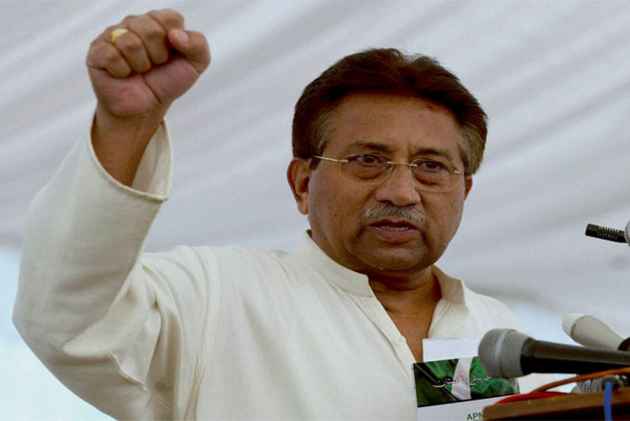 Former Pakistan president General (retd) Pervez Musharraf on Saturday said he was ready to enter into an alliance with Lashkar-e-Taiba (LeT) and Jamaat-ud-Dawa (JuD) for Islamabad's 'safety and security'.

This statement has come almost a month after he claimed he was the biggest supporter of the two parties.

"They (LeT and JuD men) are patriotic people, they have laid their lives for Pakistan, who can object if they form a political party," ARY News quoted Musharraf, as saying.

So far the two parties have not approached him but if they desire to enter into an alliance with his party, he has no objection, he added.

He further said, "I am a liberal and a moderate but that doesn't mean that I detest religious elements, I am the biggest supporter of Lashkar-e-Taiba and I know that they too like me, the people from Lashkar-e-Taiba (LeT) and Jamaat-ud-Dawa (JuD)."

Musharraf, a month back, had said he liked the global terrorist, JuD chief Hafiz Saeed, and had met him.

The former president added he was always in favour of terrorist action in Kashmir, and the LeT and the JuD were the biggest forces to take on the Indian Army in the state.

The US had strongly condemned the release of LeT leader Hafiz Saeed from house arrest and called for his immediate re-arrest and prosecution.

Saeed, accused of masterminding the 2008 attacks in Mumbai that killed 166 people, was released on November 24 after a Pakistan judicial body ordered his release from house arrest, rejecting a request from the government of Punjab to extend his detention by three months.