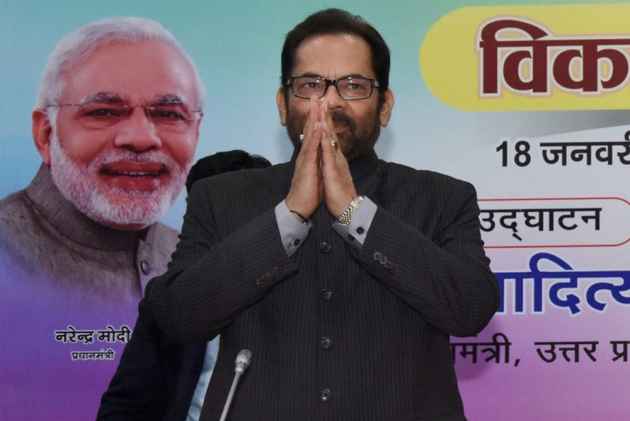 A record 131 candidates from the minority communities, including 51 Muslims, have been selected in the civil services examination 2017, Union minister Mukhtar Abbas Naqvi said on Monday, asserting that the government had created an environment for their talent to prosper.

Naqvi said the ministry has been running a large-scale free-coaching programme for meritorious youths belonging to notified minority communities preparing for UPSC examinations.

Through various institutions and organisations, the ministry has been running coaching programmes such as 'Nai Udaan', 'Naya Savera' for the minority youths preparing for civil services, other UPSC examinations, medical, engineering and administrative examinations, he said.

Naqvi said, "the Modi government's policy of 'development with dignity', without any discrimination, has ensured that this year, for the first time since Independence, a record 131 minority communities' youths including 51 Muslims have been selected in Civil Services."

He said that last year, 126 youths belonging to minority communities, including 52 Muslims, were selected in the prestigious civil services.

This year, there are six Muslims, including three women, who have secured ranks in top 100, Naqvi said.

He asserted that there was immense talent among minority communities, especially Muslim youths, "but earlier governments did not put enough effort to create such an environment which would give them confidence".

The government has given "an atmosphere to protect and promote talent of youths from minority communities" which has resulted in such a large number of youths of the minority community being selected in the top administrative services, he said.

The Indian Express reported that of the successful Muslim candidates, 26 had been coached and helped by the Zakat Foundation of India. Its president Zafar Mahmood slammed Naqvi’s claims, saying: "The minister is showing himself in a poor light by saying this. The UPSC does not follow the government’s diktat — it is a 100% transparent organisation.”

Mahmood added: “We have been making concerted efforts for the last 10 years to ensure that bright students from the community sit for competitive examinations. We have also been organising orientation programmes giving them confidence. These results are a fruition of that effort.”