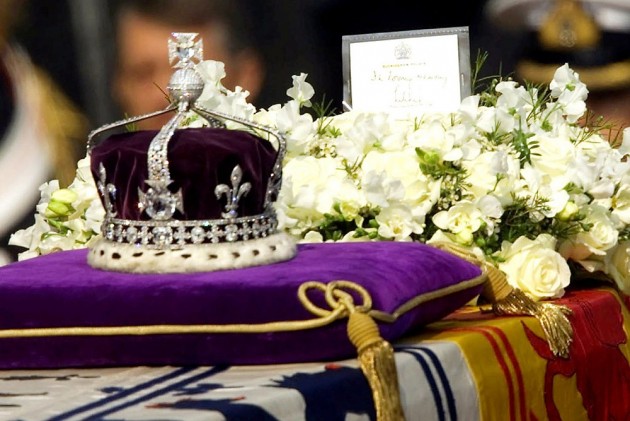 An urgent meeting was convened in the PMO to discuss a pressing issue. In light of the crisis affecting 33 crore people, no water was served but the topic for urgent discussion was a bigger national problem—how to recover the Kohinoor. The minutes of the meeting have been leaked (no water though) and offers an insight into government thinking. Excerpts:

PM: I have summoned you since we need to correct a grave wrong…

Modi: I meant the wrong the government committed in court when the Solicitor General said that the Kohinoor had been gifted to the British and we had no claims on it.

Mahesh Sharma: Yes, it was an odd-even day in Delhi which is why the mix up took place. Blame that Kejriwal...

Modi: No, we have decided to blame Nehru for the loss of the Kohinoor, we can then extend the same argument to include Indira and Sonia Gandhi, maybe Rahul also if we get creative…

Venkaiah Naidu: Sirji, you yourself are a diamond in the rough, so it is time we got rough about the diamond. You are the crown jewel of the BJP and only the Kohinoor is missing.

Harsimrat Badal: I am really Sad. We need to get the Kohinoor back before the Punjab elections next year so the SAD-BJP alliance can come back to power.

ASI official: We have tried but the British say that we are in the queue…they already have claims on the Kohinoor from Afghanistan, Iran and Pakistan.

Modi: Can we do this under the PP model? Get some rich industrialists who live in London to buy it back from the British. How did we get back Tipu Sultan’s diamond-encrusted sword?

Modi: We must think of something. I have a slogan I’ve being dying to use. Is there something we can offer in exchange?

Mahesh Sharma: William and Kate visited Britannia cafe in Mumbai and were impressed. We can open a branch in Buckingham Palace.

Modi: Buckingham Palace is not like Victoria Memorial where any puchka wallah can set up shop. I was invited there for lunch, if you remember.

Harsimrat: Did you bring up the issue of the diamond?

Modi: I said we Indians love return gifts but she handed me a mug with the royal coat of arms stamped on it. I brought it up with David and he almost fell of his chair laughing

Sharma: Was his chair the Peacock Throne?

Modi: We can’t sit on this, we have to come up with ideas made in India.

Ajit Doval: I can plan an undercover operation and recruit people from Southall. We can brand them anti-national if they refuse.

Modi: Not much help if they are British nationals.

Naidu: We can demand they give us the Kohinoor or else we will take your statue back from Madame Tussauds. It is as priceless a jewel as the Kohinoor.

Modi: Lets be real, I need some out of the box ideas. Where’s Mr Jaitley?

Naidu: Out of the country, last seen strolling in Manhattan.

Modi: Ask the RSS. They think out of the boxers. I need to launch my slogan in time for the next round of elections.

Naidu: Great. We need to replace the old Congress slogans with new ones. What’s the slogan?