According to the U.N. migration agency, around 1,500 migrants have drowned in numerous boat mishaps and shipwrecks in the Central Mediterranean route this year. 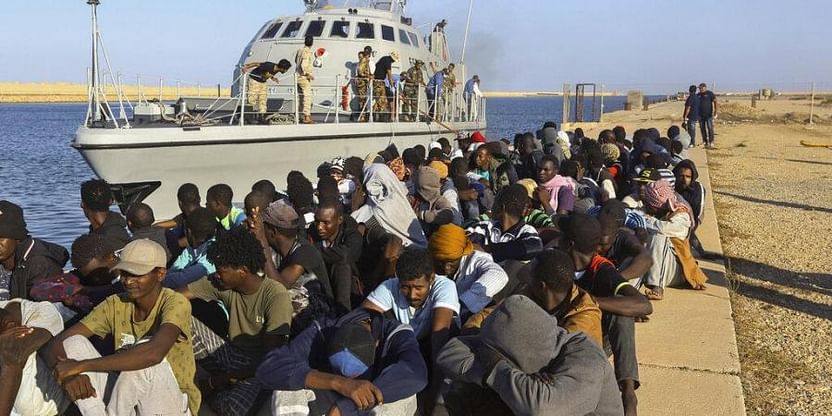 The bodies of 27 Europe-bound migrants, including a baby and two women, have washed ashore in western Libya, the country's Red Crescent said.

The bodies were found late Saturday in two separate locations in the coastal town of Khoms, the Red Crescent's branch there said. Three other migrants were rescued, and search efforts were underway for others, it said.

The Red Crescent, a Muslim organization equivalent to the Red Cross, posted images purporting to show bodies floating in the Mediterranean Sea with its workers putting them in black burial bags.

The dead migrants likely drowned in recent shipwrecks off Libya. There has been a surge in crossings and attempted crossings from Libya as authorities accelerated their deadly crackdown on migrants in the capital of Tripoli.

Around 1,500 migrants have drowned in numerous boat mishaps and shipwrecks in the Central Mediterranean route this year, according to the U.N. migration agency.

Earlier this month, more than 160 migrants drowned in two separate shipwrecks off the North African country, the International Organization for Migration said.

Libya was plunged into turmoil by the NATO-backed 2011 uprising that toppled and killed longtime dictator Moammar Gadhafi. The North African nation has since emerged as a popular, if extremely dangerous, route to Europe for those fleeing poverty and civil war in Africa and the Middle East.

Human traffickers have benefited from the chaos in the oil-rich nation and smuggled migrants through the country's lengthy border with six nations. They pack desperate migrants into ill-equipped rubber boats, then embark on risky voyages through the perilous Mediterranean Sea.

Those returned have been taken to detention centers rife with abuses, including forced labor, beatings, rapes and torture. The abuse often accompanies efforts to extort money from families before migrants are allowed to leave Libya on traffickers' boats.

U.N.-commissioned investigators said in October they found that the practice of arbitrary disappearances and violence against migrants inside Libyan prisons could amount to crimes against humanity. (AP) INDa