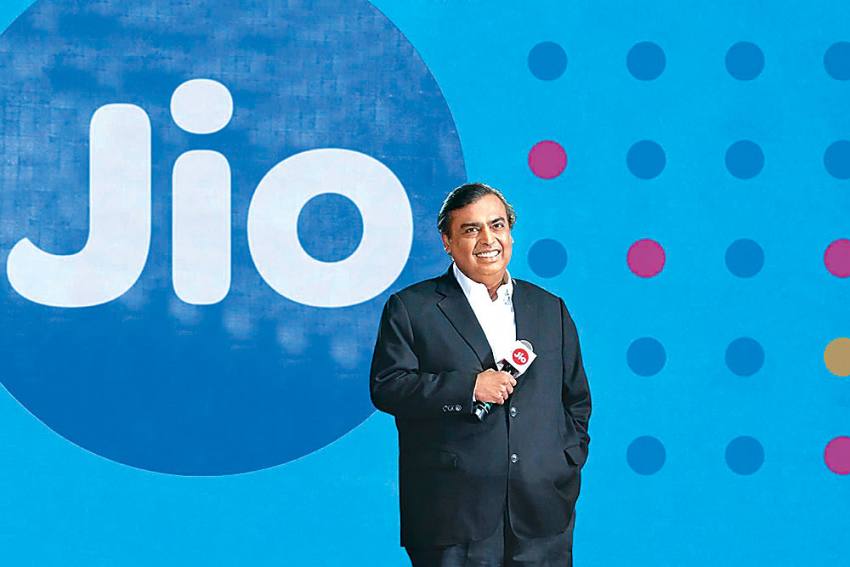 Reliance Jio on Friday posted almost three-fold jump in its net profit to Rs 2,844 crore for the September quarter, driven by ARPU uplift and strong customer addition, as it became the first operator outside China to surpass 400 million subscribers in a single market.

Jio's net profit jumped to Rs 2,844 crore for the second quarter ended September 30, 2020, from Rs 990 crore in the year-ago period. Revenue from operations surged 33 per cent to Rs 17,481 crore during the just-ended quarter, according to a regulatory filing.

In an investor presentation, the company said the total customer base stood at 405.6 million of September 2020, making it the first operator outside China to surpass 400 million subscribers in a single country market.

The ARPU or earnings per subscriber - a key metric for the telecom companies - improved to Rs 145 in Q2FY21 from Rs 127.4 in the year-ago period, and about Rs 140 in the previous quarter.

"Blended ARPU (Average Revenue Per Subscriber) at Rs 145 was up 13.8 per cent year-on-year with continued migration to higher tariff plans," the presentation said.

On the completion of InvIT transactions, Reliance Jio said that Brookfield Infrastructure and its institutional partners completed an investment of Rs 25,215 crore for subscribing to units of the Tower Infrastructure Trust.

The investment provides strong sponsorship for the Trust, it added.

For Fibre InvIT, it said that RIIHL, a subsidiary of RIL, completed the recapitalisation of Digital Fibre Infrastructure Trust.

"Abu Dhabi Investment Authority and The Public Investment Fund have purchased units of Fibre Trust worth Rs 3,779 crore each," it said.

Jio is the youngest and the largest operator in the three-private player Indian telecom market, that has historically been competitive. The competition became more intense after Jio's entry in 2016 with free calls and cheap data, which prompted some old rivals to exit or merge with other operators.

Jio's Q2 results come a day after smaller rival Vodafone Idea reported significant narrowing of losses to about Rs 7,218 crore for the September 2020 quarter - debt-laden VIL's losses in the Q2FY20 had been Rs 50,921.9 crore after it provisioned for the Supreme Court mandated statutory dues.

Earlier this week, Bharti Airtel, India's No 2 telecom operator, posted its highest-ever quarterly consolidated revenue, on the back of a rise in data usage and higher realisations, helping narrow losses. Airtel's consolidated revenue rose 22 per cent to Rs 25,785 crore in the July-September quarter, while net loss narrowed to Rs 763 crore.