Relation Based On Coercion, Abuse Of Power Is Not Consensual: US-Based Journalist Counters MJ Akbar

Former Union Minister M J Akbar on Friday denied allegations of rape by US-based journalist and said it was a "consensual relationship". 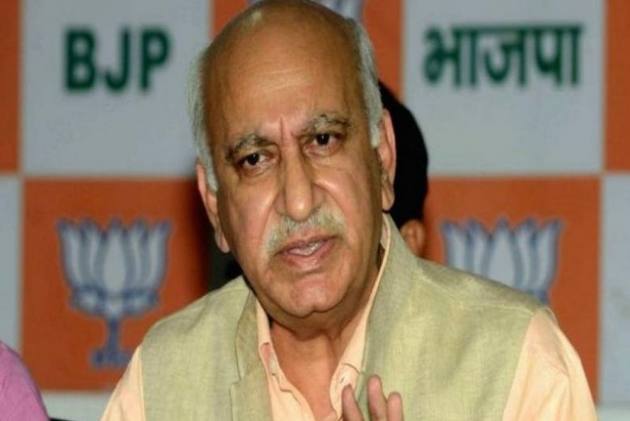 After former external affairs minister and journalist MJ Akbar refuted the US-based journalist’s rape allegations on Friday, calling it consensual, the journalist hit back at him saying that a relationship cannot be called consensual if it was coercive and one was abused.

Taking to the twitter, Pallavi Gogoi wrote: "A relationship that is based on coercion, and abuse of power, is not consensual. I stand by every word in my published account.”

“I will continue to speak my truth so that other women who have been sexually assaulted by him know it is okay for them to come forward and speak their truth too,” she further added.

Gogoi on Thursday accused former minister of state of external affairs MJ Akbar of raping her years ago when she worked with the Asian Age.

In a first-person article in the Washington Post, the journalist-- Pallavi Gogoi wrote that she was 22 when she joined the Asian Age, of which Akbar was the editor-in-chief.

Terming the incidents the 'most painful memories of her life', Gogoi said, “Working in New Delhi under Akbar, we were star-struck. Though Akbar often shouted at his employees, but I accepted the verbal abuse thinking I was “learning from the best".

In a reply to the accusations, Akbar said, "Somewhere around 1994, Ms Pallavi Gogoi and I entered into a consensual relationship that spanned several months."

"This relationship (with Gogoi) gave rise to talk and would later cause significant strife in my home life as well. This consensual relationship ended, perhaps not on the best note," he added.

Meanwhile, Akbar’s wife Mallika came out in support of her husband. “I don’t know her reasons for telling this lie, but a lie it is,” she said. Mallika added that the woman had reportedly “caused unhappiness and discord in our home.” “I learned of her and my husband’s involvement through her calls and her public display of affection in my presence. In her flaunting the relationship, she caused anguish and hurt to my entire family,” she added.

In last one month, Akbar has been accused of sexual harassment by at least 17 women journalists. He has rejected all the allegations and has initiated a defamation case against journalist Priya Ramani, one of the complainants.

MJ Akbar resigned from the post of minister of state for external affairs following multiple allegations of sexual harassment on October 17.

However, before resigning,  Akbar on October 15 filed a private criminal defamation complaint against journalist Ramani for "wilfully, deliberately, intentionally and maliciously" defaming him and has sought her prosecution under the penal provision on defamation.

Journalist Priya Ramani was the first to state on record that Akbar had called her to his hotel room.

Ramani identified Akbar as the editor she had written about in an article in Vogue in October, 2017.

In her article, Ramani described how a newspaper editor had called her for a job interview to a "plush South Mumbai hotel."

“You taught me my first workplace lesson. I was 23, you were 43. I grew up reading your smart opinions and dreamt of being as erudite as you. You were one of my professional heroes.

Everyone said you had transformed Indian journalism and I wanted to be on your team. So, we set a time you could interview me at the plush south Mumbai hotel where you always stayed," she wrote in Vogue.

In the article she said , “You know how to pinch, pat, rub, grab and assault.” And how speaking up against him meant carrying a heavy price which not many women can afford to pay.