Release 'Padmaavat' At Your Own Risk: Karni Sena To Theatres

'We also appeal to the public not to come out of their house on January 25': #Pune #KarniSena President 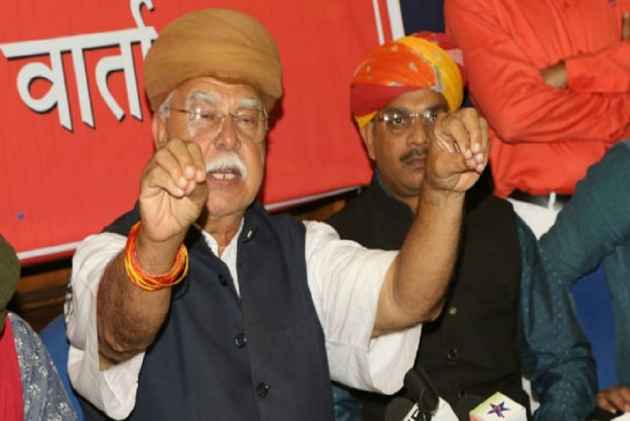 Rajput Karni Sena and other right-wing groups on Saturday came together in Pune and warned that if film theatres did screen 'Padmaavat' then they would do so at their own risk.

"We are appealing to the movie theatres that if they are releasing the film then they should release it at their own responsibility. We also appeal to the public not to come out of their house on January 25," Pune Karni Sena President Om Singh Bhati said while addressing a press conference here.

They further said if 'Padmaavat' was allowed to get released on January 25, the day would be recorded as the black day in the history.

Earlier in the day, people created a ruckus in Gujarat's Banaskantha and Dhanera while protesting against the film.

A ticket counter of a multiplex was also set on fire in Faridabad, Haryana.

Meanwhile, Gujarat Multiplex Association Director said they have decided not to screen the movie in Gujarat.

Earlier on Thursday, the apex court stayed notifications issued by four states - Madhya Pradesh, Haryana, Rajasthan and Gujarat - to ban the release of the film.