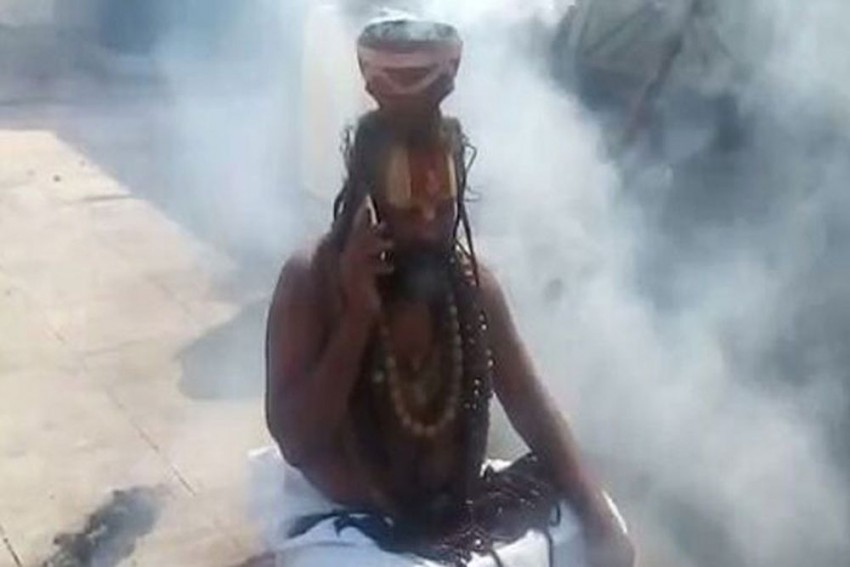 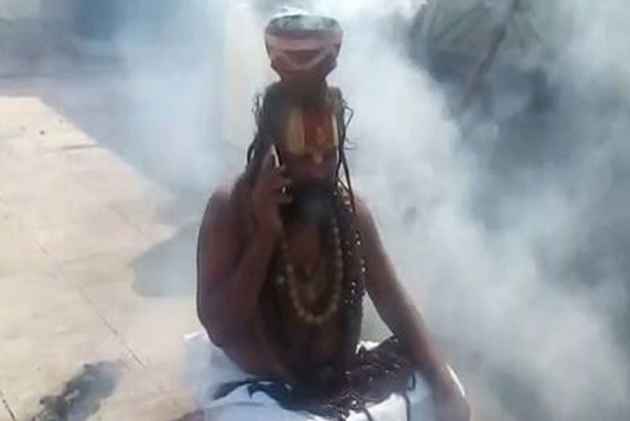 He was seen performing 'fire worship' with a smart phone in his hands and a kalasha (earthen urn) on his head, which was emitting smoke.

On March, 31, these five leaders were been appointed as members in a special committee formed for raising awareness about water conservation, cleanliness, and aforestation near Narmada River.

Computer Baba had earlier announced that he would take out 'Narmada Ghotala (scam) Rath Yatra', along with Yogendra Mahant, in every district of Madhya Pradesh from April 1 to May 15, to expose an alleged scam in planting of saplings on the banks of the Narmada and to demand action against illegal sand mining.

After getting the MoS status, Computer Baba announced that the Yatra has been cancelled because the state government has fulfilled the demand for the creation of a committee to save the Narmada River.

However, the Opposition parties cornered Shivraj Singh Chouhan government for fixing a deal with the saints who had threatened to expose the government by launching Narmada Scam Rath Yatra.

Freedom Of One Person Should Not Be Used To Constrain Freedom Of Others: Former PM Manmohan Singh Slams Modi Govt