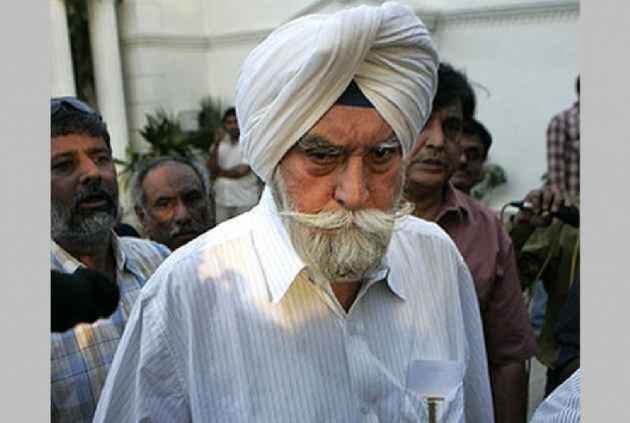 Super cop Kanwar Pal Singh Gill, who died of cardiac arrest at Delhi's Sir Ganga Ram Hospital on Friday aged 82, was credited with rooting out militancy from Punjab in 1990s and ruling Indian hockey with an iron fist for many years starting 1994.

Popularly known as KPS Gill, he served as Director General of Police (DGP) in Punjab twice (1988-1990 and 1991-1995) and then turned his focus to hockey. He brooked no challenge from any quarter as president of the Indian Hockey Federation (IHF), the apex governing body of the game in the country -- until the emergence of Hockey India (HI).

Gill’s tenure, from 1994 to 2014, as a hockey administrator was a chequered one and littered with controversies. Several controversies emerged during this period, in which a rival body, called Hockey India reared its head. For many years, there was confusion vis-à-vis the real national hockey federation.

Year 2008 was the Waterloo for Gill. India for the first time in the history of Olympic hockey failed to qualify for the Beijing Olympic Games, leading to a nationwide furore. Soon, a Hindi news channel aired a sting operation, showing IHF secretary K Jyothikumaran accepting money allegedly for selection favours. The Indian Olympic Association (IOA) promptly dissolved the IHF. Then, HI emerged and the government on February 28, 2014, recognised as the sole body responsible towards promoting the hockey in India.

Gill attracted another controversy when he called the Indian team’s gold medal-winning effort at the 1980 Moscow Olympic a “fluke”. Members of the then hockey team, captained by V Baskaran, were outraged.

There were some high points as well during Gill’s tenure. The junior Indian hockey team winning the 2001 World Cup in Hobart, Australia, in October was one such instance. India beat Argentina 6-1 in the final to emerge victorious. Many members of that team went on to represent the senior Indian team with distinction.

From the 18-member team that won the junior World Cup, many had the experience of having played for senior teams. Forward Gagan Ajit Singh, the winning captain at Hobart, and Deepak Thakur, the highest scorer with 10 goals, were among them.

During that phase of Gill’s tenure, the Indian junior team performed particularly well in various international tournaments. At one point in time, India were the Asian under-18 and Asian schools champion, while they finished third in an under-21 international tournament in August. The junior World Cup triumph was the icing on the cake.

Gill breathed his last at 2:55 pm on Friday, said Dr DS Rana, Chairman, Department of Nephrology and Board of Management, Sir Ganga Ram Hospital, New Delhi. “He had been recovering from Peritonitis but died of sudden cardiac arrest due to cardiac arrhythmia,” said Dr Rana.