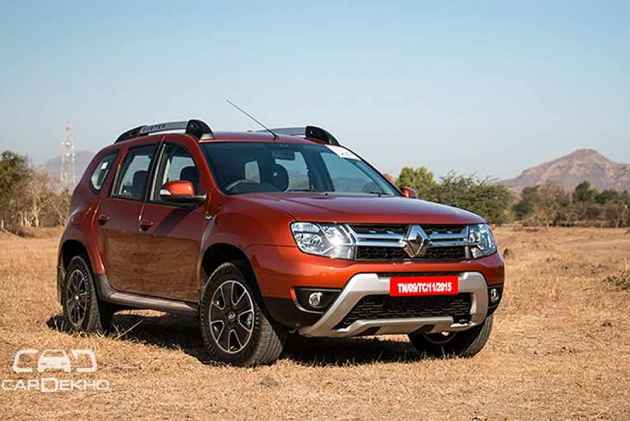 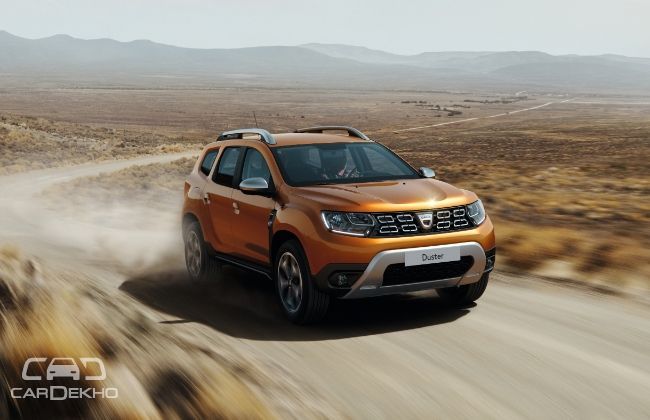 The new 2018 Duster is out and is headed for its full reveal in the second week of September at the 2017 Frankfurt Motor Show (check out the picture above). There's no denying that the new model looks unmistakably Duster, which was expected, wasn’t it? Even the test mules, which were spotted earlier this year, indicated the same. 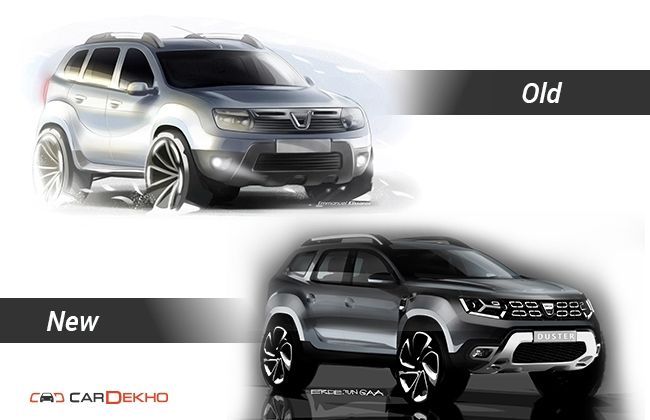 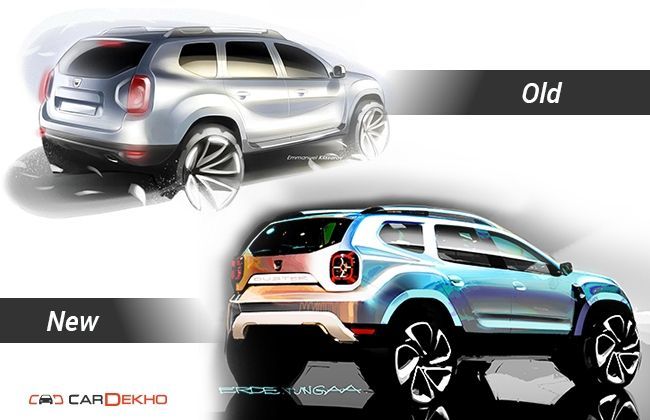 Though you simply cannot miss the essence of the previous Duster in the 2018 model, look closely, and its subtle but noticeable differences come to the fore. 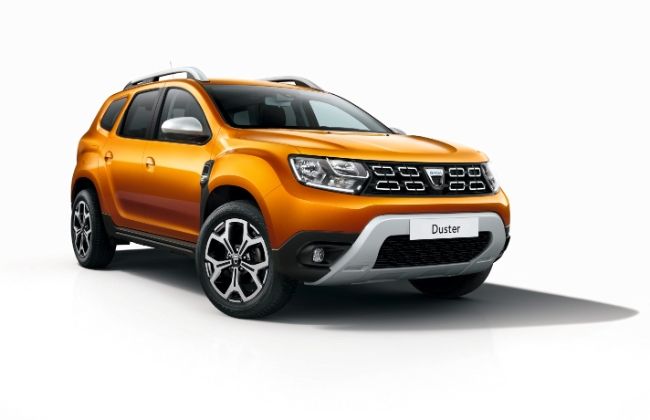 A broad and bold front fascia, voluminous haunches at the sides and a raised-up stance had made the previous Duster instantly popular and these design traits have been retained though with subtle improvements. Let us see how visually different the new Duster is from the older model. 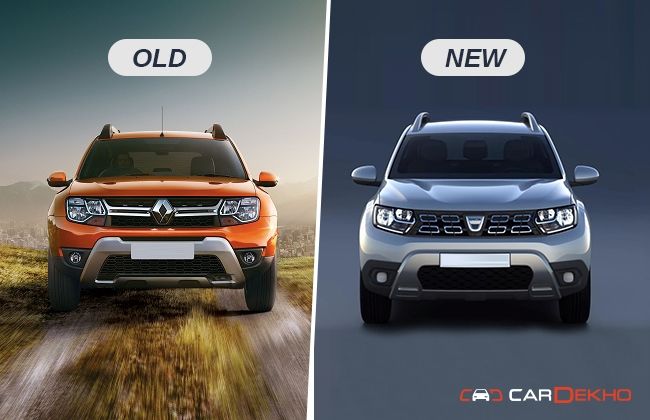 At the front, the overall layout of various elements such as the headlights, grille and bumper are reminiscent of the older model. The headlights are now pushed further to the sides, which make the new model look relatively wider than the outgoing one that already was a wide looking vehicle. The headlights also sweep slightly upward, so you get a fair look of the DRLs and the entire unit from the side, similar to newer cars nowadays. 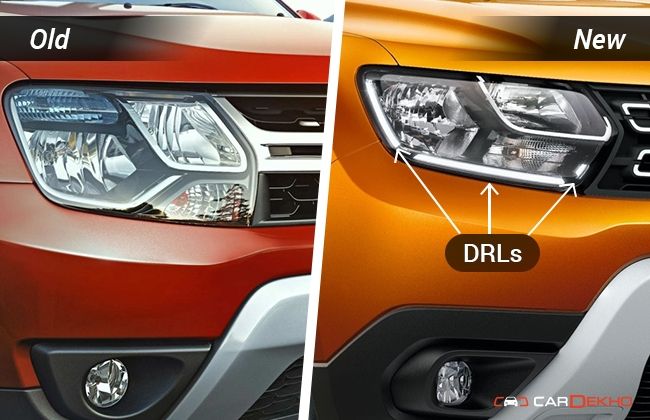 The internal detailing of the new headlamps also reminds of the older model. Notice the new three-element LED daytime running lights? The bumper still features circular fog lamps and a large faux skid plate as before. While the hood of the outgoing Duster had a hump at the centre, the new SUV features a more sculpted hood that’s recessed at the centre. This imparts a bolder and a more SUV-ish stance to the 2018 model. 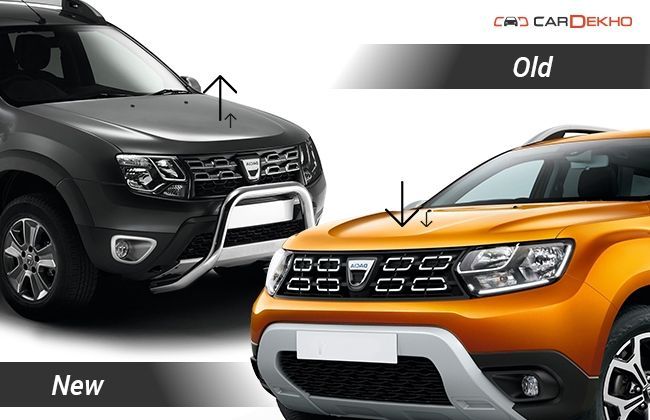 Changes at the sides will go unnoticed by many, save for the new set of diamond cut alloys. Speaking of which, the 2018 model rides on 17-inch alloys compared to the 16-inch ones offered in the first-gen. The new front fender cladding, which has the ‘4WD’ label, will also grab a lot of attention. The roof rails look slimmer in profile now, while the ‘Duster’ badge is still there. 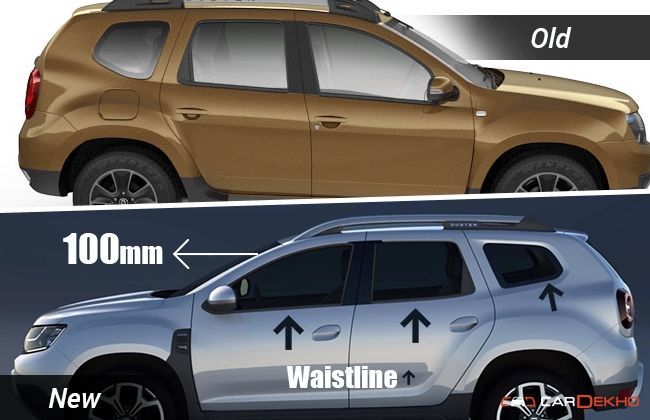 Renault/Dacia highlighted that they’ve pushed the windscreen further by as much as 100mm! This has certainly resulted in a relatively steeper A pillar and larger front doors and windows. Pushing the windscreen ahead is expected to make the, yet to be revealed, cabin feel more spacious and airy than before. It will also increase the width of the dashboard compared to the outgoing model, which has a very slim dash. The automaker has also pushed the waistline upward compared to the previous model, making the glass area look sleeked and sharper, and in line with the new design. The doors have more or less the same profile. 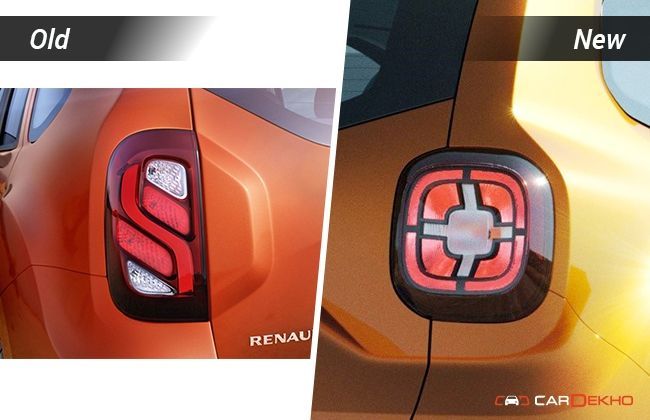 It was the rear profile of the first-gen Duster that needed an overhaul, particularly its relatively tiny tail lamps and the protruding metal adjacent to them. Gone are those tiny looking units and in come the new square-ish ones which seem to be inspired from the Jeep Renegade. 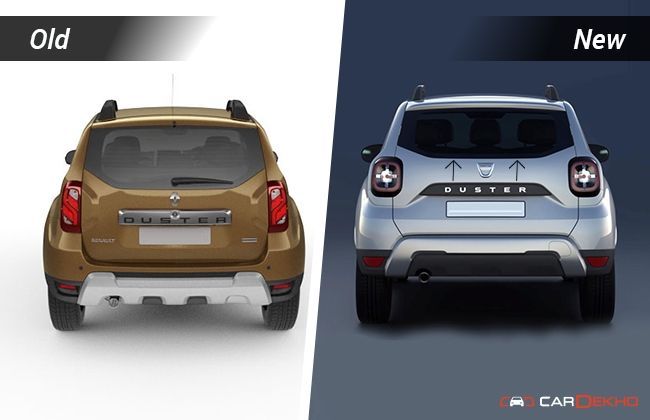 Renault has kept the layout of the rear windscreen intact, but it is now slimmer in profile and looks wider as well. The license plate area and applique, which features the ‘Duster’ label as before, have also been widened to accentuate the overall approach to making it look wider. The rear faux-skid plate now extends all the way up to the boot making the rear profile appear more streamlined and tough at the same time. 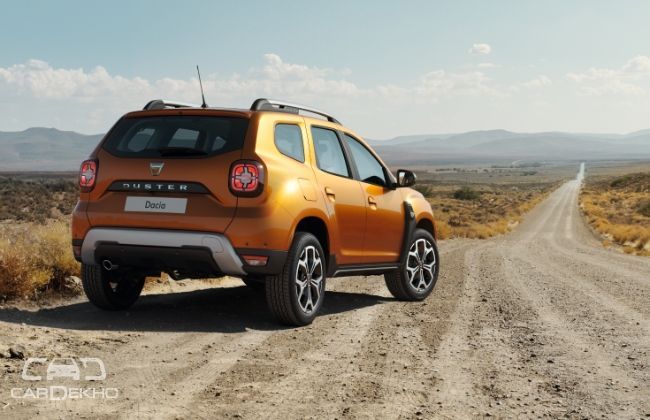 Overall, Renault/Dacia has kept the charm of the old model alive and rocking, while filling most of its loopholes. The 2018 Duster might not look like a new-gen model, but it certainly is a lot more than a botox job! Disagree? Comment! 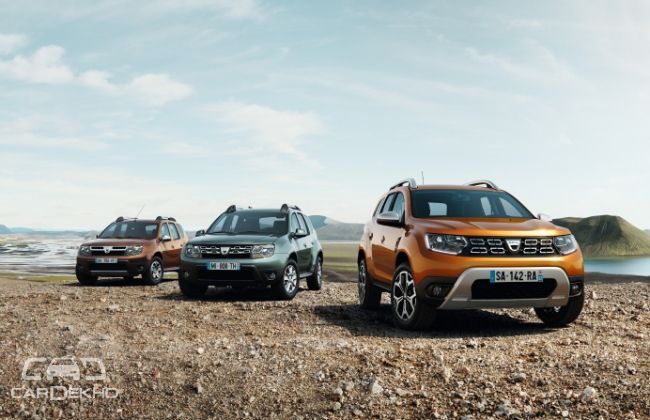 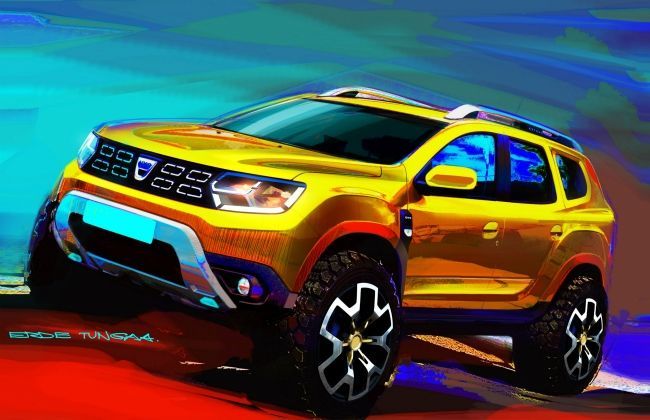