The latest spy shots of the Kwid-based MPV suggest that it would be a budget offering, likely to rival the Datsun Go+ 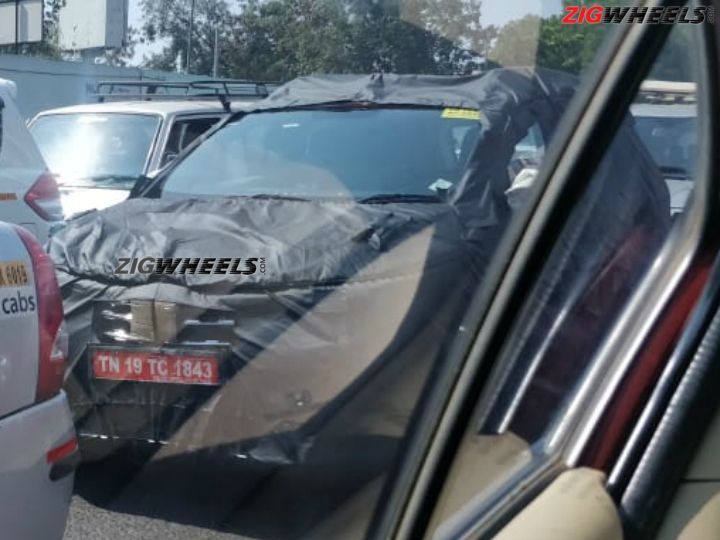 Our spies in Pune have got a glimpse of the upcoming Renault Kwid-based MPV. Pardon us for the awkward angles of the photos, but these images still do give away a substantial amount of detail about the car.

For starters, it doesn't look like a big and wide car. Take a close look at the picture where it's stuck in traffic next to an old Maruti Suzuki Ertiga. It certainly looks nearly as tall, though. And that means that the upcoming MPV will probably end up being roughly the same size as the recently refreshed Datsun Go+. Here's a quick look at the measurements for reference:

We can clearly see that the MPV sports typically Renault design traits. The big lozenge-like insignia at the front, the stretched out grille with chrome embellishments pop out even from under the thick camo cover. From the rear, one of the first things that caught our attention were the skinny tyres. We also get a small glimpse of the tail lamps, which appear to spill over onto the hatch lid. 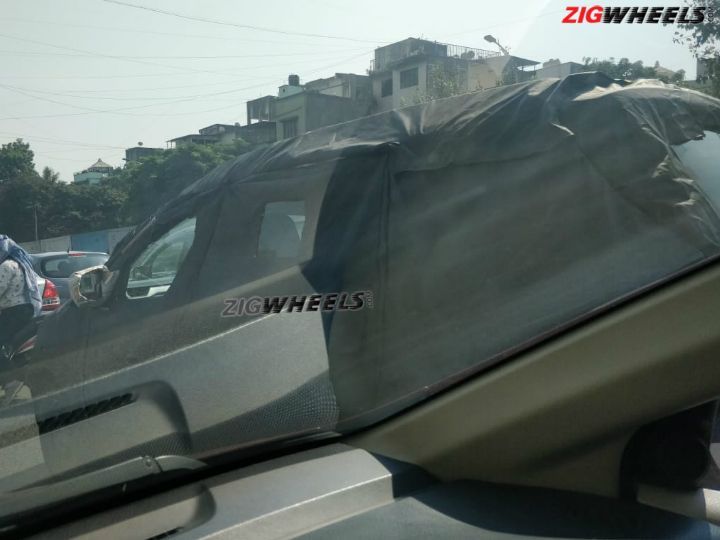 As for the interiors, we could spot seats with integrated headrests, and a manual day/night mirror - both of which point towards the vehicle being a budget offering. We could also spot a contrast coloured strip near the AC vent, which we're assuming will run across the length of the dashboard. If we talk features, we're expecting Renault's baby MPV to feature a touchscreen infotainment system (with Android Auto and Apple CarPlay), a reverse camera, manual air-conditioning and all four power windows among others.

Under the hood is likely to be a 1.0-litre engine that also powers the Kwid. This motor makes 68PS of power and 91Nm of torque. With the Kwid, you have the option of a 5-speed manual and a 5-speed AMT. Both of these transmission options are likely to be carried over as well. That said, we expect Renault to tweak power delivery to suit the MPV. 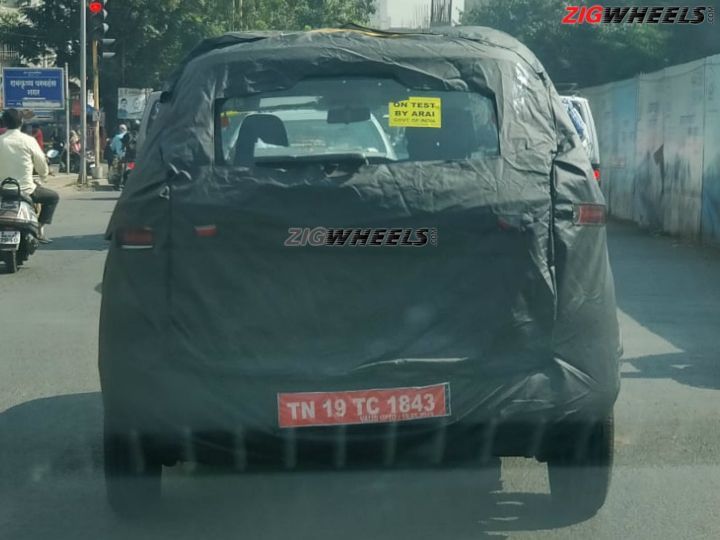 Expect Renault’s budget MPV to hit showrooms by late next year. Prices are likely to start around the Rs 4 lakh mark and top out at Rs 6.5 lakh (ex-showroom).