The Kwid Outsider may go on sale in Brazil by 2019, while the Kwid Climber is already on sale in India 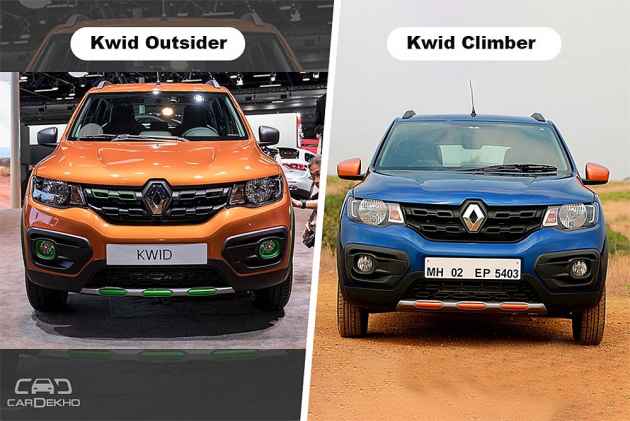 Renault debuted the Kwid Outsider concept at the 2016 Sao Paulo Motor Show. And now, after two years, it seems like the Outsider concept is set to see the light of production soon. If rumours are to be believed, Renault is planning to launch the Kwid Outsider in the Latin American market in early 2019. However, there is no official confirmation from the French carmaker as of now.

Here’s what we know about the Kwid Outsider so far: 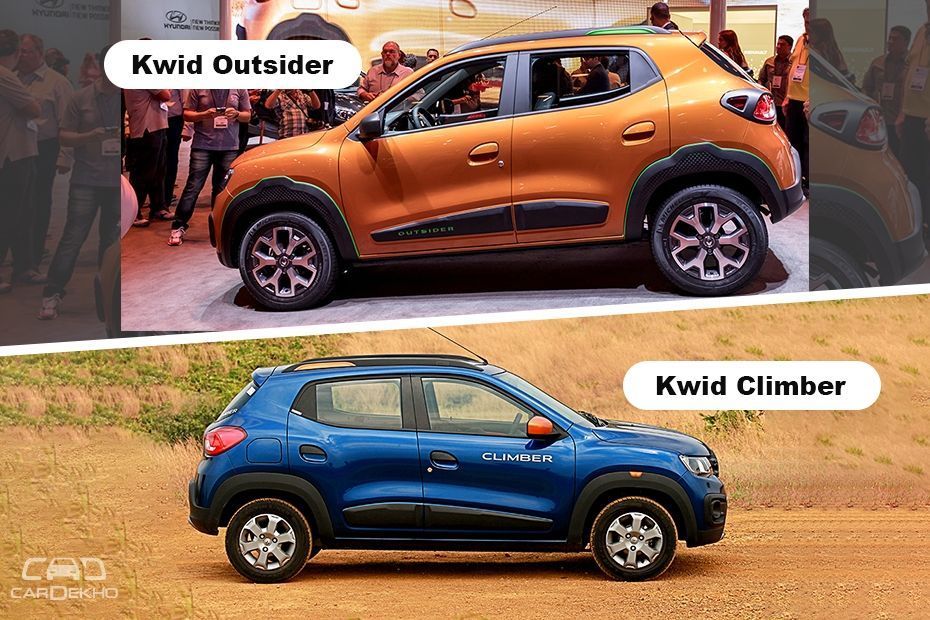 The Kwid Outsider is likely to remain identical to its concept, which is almost identical to the standard Kwid, as far design is concerned. However, there are some design elements that differentiate the Outsider from the standard car. It gets extra body cladding, faux silver skid plates and roof rails to impart an SUV-like presence. The Outsider also gets bright green inserts on the front grille, alloys, roof rails, body cladding and fog lamp housing, giving it a quirky look.

Going by the additional design elements that the Outsider sports, we are forced to compare it with the Kwid Climber which is already being sold in India. Just like the Outsider, the Climber remains largely identical to the standard Kwid; however, it gets additional design elements such faux skid plates, roof rails, front fog lamps and redesigned wheels. It also gets orange inserts similar to the green inserts found on the Outsider. 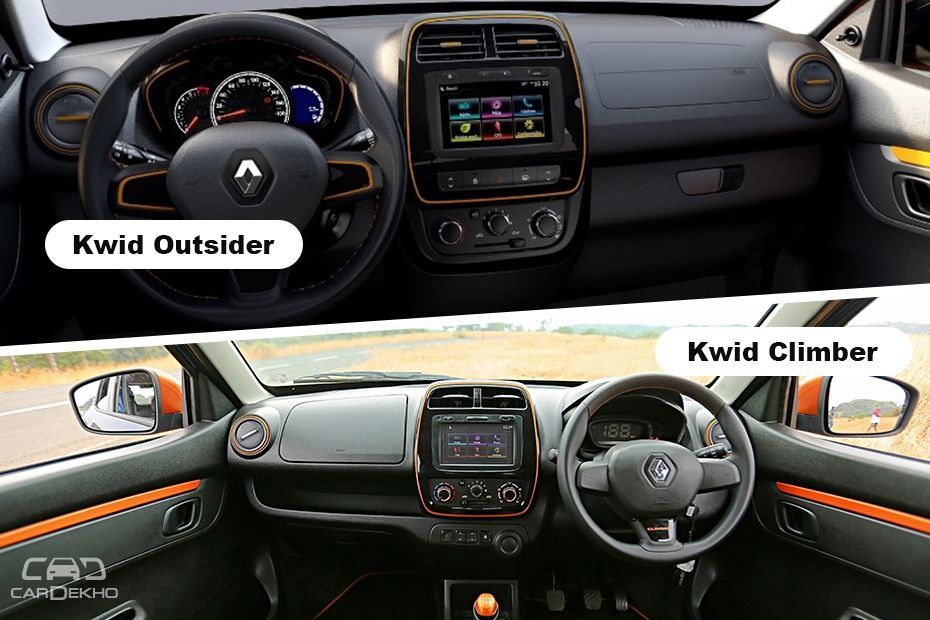 Like the exterior, the interior of the Kwid Outsider is also similar to the standard Kwid except for some colourful inserts. The Outsider gets orange inserts on the steering wheel, AC vents, centre console, instrument cluster and gear knob. These colourful inserts can be seen on the seats and door trims as well.

If we compare it to the Kwid Climber, the cabin looks identical except for the instrument cluster and the 7-inch touchscreen infotainment system. The India-spec Kwid gets an all-digital instrument cluster instead of the analogue unit seen on the Brazilian-spec car. The MediaNAV system found in the Climber is a first-generation system while the one in the Outsider will be a second-generation system. 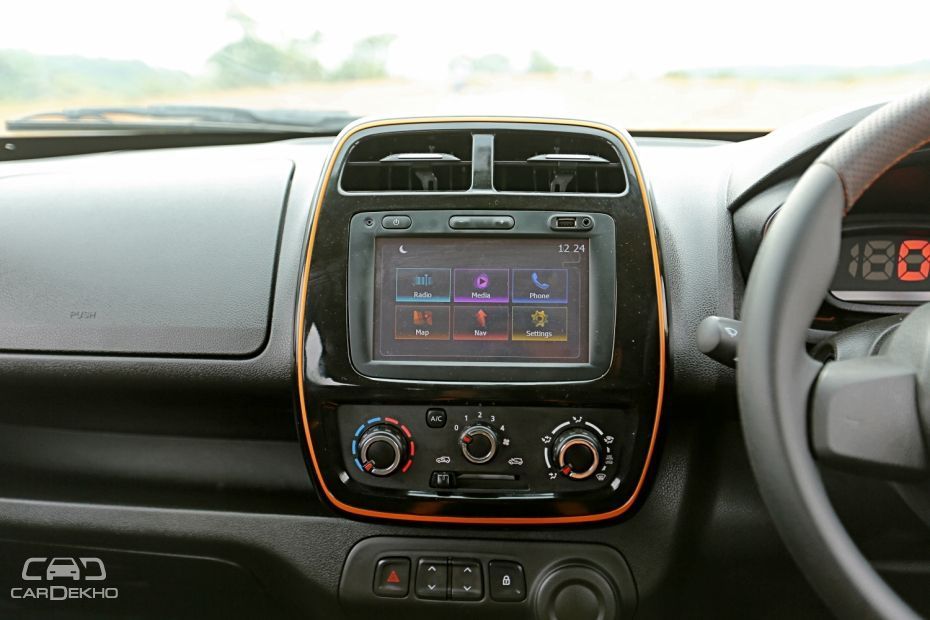 If we compare it to the Kwid Climber, the Outsider is better equipped. The India-spec car misses out on features such as electric opening tailgate, electrically adjustable wing mirrors and eco fuel coaching.

As the top-spec Kwid is equipped with features such as four airbags, ABS, ISOFIX child seat mounts and driver seat belt pre-tensioner, we expect the Kwid Outsider to get these safety features as well. 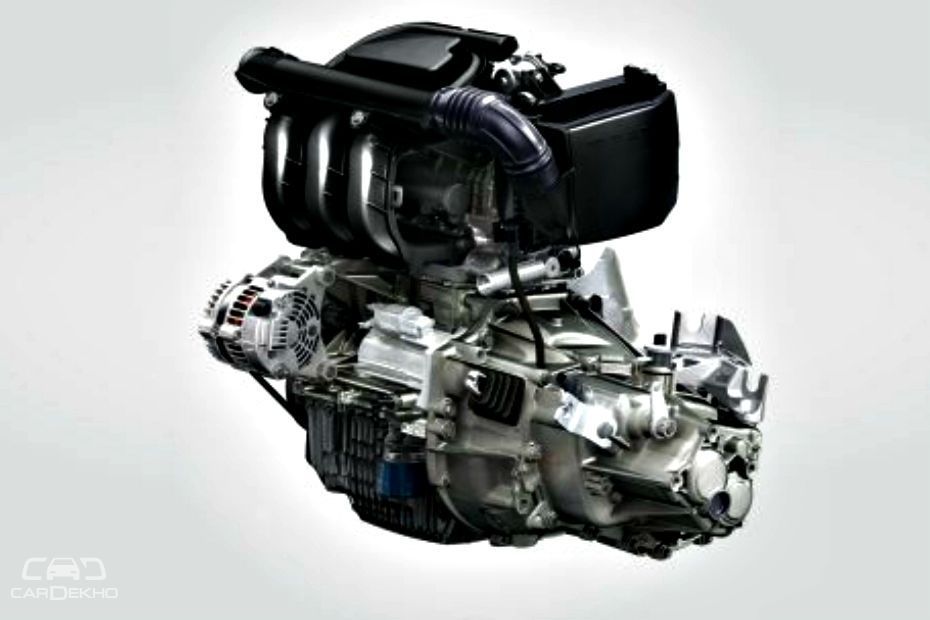 Mechanically, the Kwid Outsider is expected to retain the same 1.0-litre three-cylinder SCe engine found on the Brazilian Kwid. It is a dual-fuel engine that can run on both petrol and ethanol. With petrol, the engine makes 66PS of power and 91Nm of torque, while on ethanol, the engine is good for 70PS and 91Nm. Power is sent to the front wheels via a 5-speed manual transmission.

This 1.0-litre engine also powers the Kwid Climber. In India, it makes 68PS of power and 91Nm of torque. It is coupled to either a 5-speed manual transmission or an AMT gearbox. 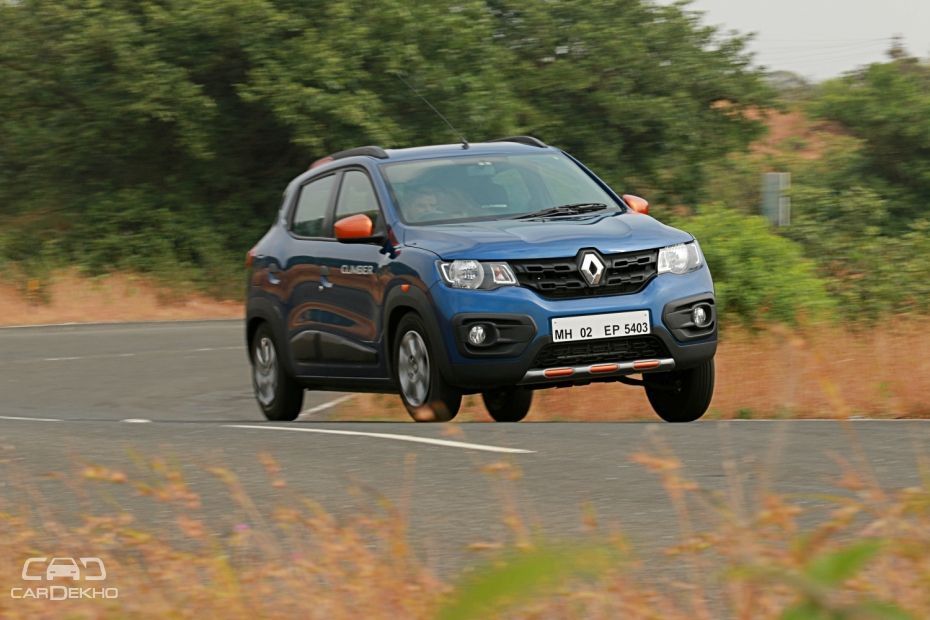