Naik's statement, issued through his PRO in Mumbai, came amid reports that he was being deported to India from Malaysia. 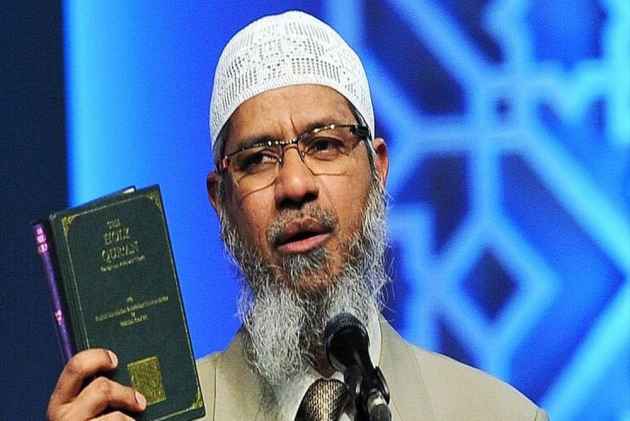 Zakir Naik, the controversial Islamic preacher who has been staying abroad to evade arrest in various cases in India, on Wednesday said he would not return home till he felt "safe from unfair prosecution".

Naik's statement, issued through his PRO in Mumbai, came amid reports that he was being deported to India from Malaysia.

"The news of my coming to India is totally baseless and false. I have no plans to come to India till I don't feel safe from unfair prosecution," said Naik in the statement.

He added that he would "surely return to my homeland" when he feels "that the government will be just and fair."

Naik is facing various cases, including for hate speech and money laundering, in India and has been staying abroad to evade arrest.

The NIA and Mumbai Police, subsequently, had also carried out searches at 10 places in Mumbai including residential premises of some of the office bearers of the foundation run by Naik.

The foundation was earlier put on restricted list by the Home Ministry for receiving funds from abroad.