The street dogs of NCR have sent a draft bill to their MLA demanding reservations in the domestic pets sector. 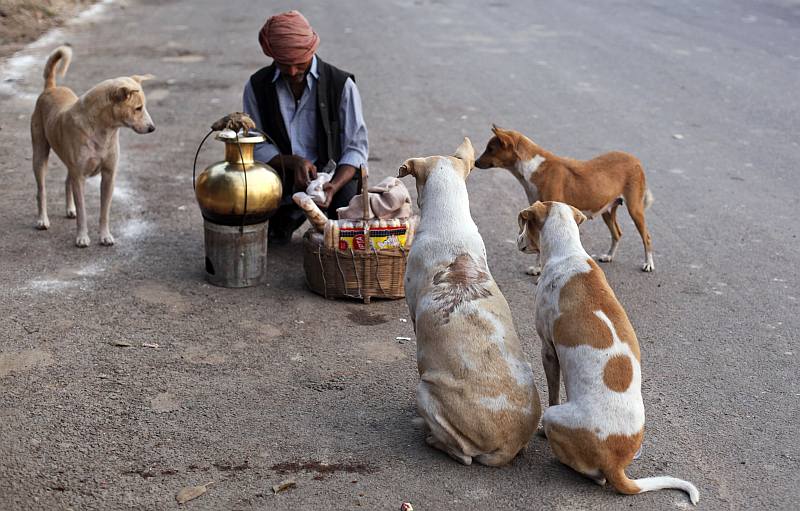 In the deafening din of demands for reservations, the street dogs of NCR are agitating for reservations as pets. Having formed themselves into a pressure group called "Road Asians Association of India" (RAAI) they have sent a draft bill to their MLA demanding reservations in the domestic pets sector. In an interview with this reporter their spokesperson, Dabboo, of an unknown breed, clarified, "We have been discriminated against for centuries. It is time we got our due."

Kali, a member of the RAAI Executive Committee, listed out many other grievances that the street dogs, the Road Asians, of NCR have. She said, "Thoroughbred pooches are allowed to be moody, but if any one of us even growls, let alone snarl, we are stoned or lathi charged. In some colonies we are forcibly sterilized. This is against our fundamental animal right to reproduce freely. Look at the privileged treatment that pandas and tigers get. They have mates flown in from other parts of the world."

When asked how the group had selected the name of the association, Chhotu, a young and articulate member of the Executive Committee explained, "We are Asians and we spend our lives on the roads. Besides we need to give ourselves an international identity because we would like to enroll the help of mongrels of other nationalities in a cause that affects mongrels all over the world. Also, we do not want to be seen as ordinary natives. That is why we have not called ourselves Krantikaris or Gaajars, or Palits.

In the Far East, we are told, they even consider us a delicacy and eat people like us. On the other hand, if one of us even takes a nip at some human leg, we are killed, or ‘put to sleep' as the humans like to put it. Amongst human beings there are reservations for the lower castes, why not for canines as well?"

On a fact-finding mission, this reporter saw many instances of discrimination against the Road Asians. Nobody sends them to groomers, they live off scraps thrown on the road while affluent, fat people get highly subsidised meals in government canteens. "Am I doomed to remain an underdog all my life?" asks Kali, a lovable black mongrel, fluttering her long lashes.