A return to nonalignment is misguided, potentially dangerous, and would leave India perilously vulnerable 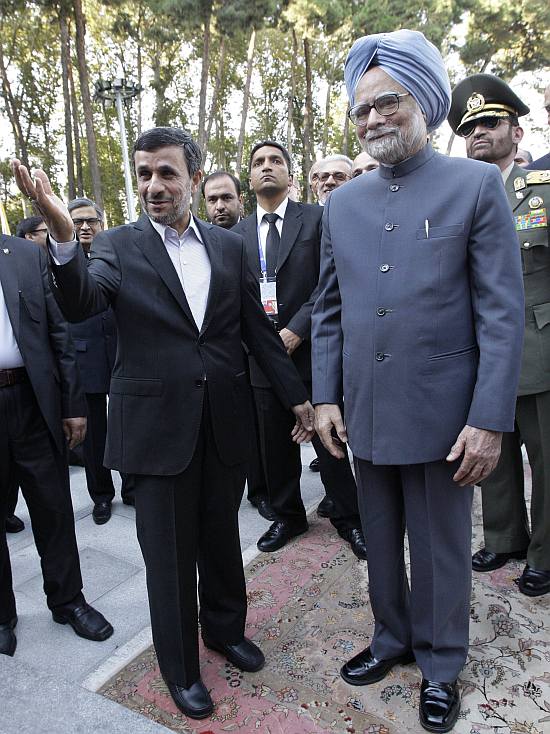 India’s foreign-policy establishment is in the process of disinterring a long-dead grand strategy from its Cold War grave. “Nonalignment”— the doctrine that calls upon India to refuse staunchly any strategic alliances with other actors— has re-entered the broader foreign policy discourse, with the centre-left championing such policies in the guise of promoting “strategic autonomy.” The credo was touted in an independent report titled Nonalignment 2.0, which offers the vision of “allying with none” as a grand strategy for India in the coming years.

At first glance, nonalignment presents an attractive option for a rising India. It promises freedom from entangling alliances as well as the chance to advance Indian exceptionalism against the Machiavellian imperatives of traditional international politics. Most importantly, it holds out the prospect that India can chart its own path free from machinations of external actors, an understandable objective for a country scarred by its colonial past.

But in light of India’s growing strategic vulnerabilities, a return to nonalignment is misguided and potentially dangerous. The doctrine has three major weaknesses that would leave India perilously vulnerable:

First, nonalignment struggles to reconcile competing strands of realism and idealism. On the one hand, Indian policymakers acknowledge the nation inhabits a Hobbesian world characterized by troublesome neighbours and endemic geopolitical competition. Despite avowed recognition of the dangerous environment, the doctrine counsels India to rise above conventional international politics, to avoid behaving like other great powers as it becomes one and instead blaze new paths for the conduct of powerful nations.

Advocacy of moralpolitik in an amoral world is grounded in nonalignment’s fervent but suspect belief in the power of example. According to its proponents, India’s developmental and democratic successes within would help inspire a following abroad, thus bequeathing an exemplary power allowing India to gain in global stature and influence. This coruscating idealism, however, is at odds with the reality that great-power competition will be alive and well in the future global system. If power politics is in no danger of extinction, then the critical task facing India is maximization of national power through smart choices at home and abroad. Expansion of India’s material power in the realms of economic growth, technological advancement, and institutional capacity could make all the difference— with the benefits of example accruing thereafter for free.

It’s clear that consolidating material success cannot be subordinated to the chimerical pursuit of an ideal international order, in which India’s exceptionalism has room to flourish, so long as the tyranny of great-power competition remains untamed. In this respect, India’s new advocates of nonalignment are akin to an older generation of idealists in the United States. From the moment of its founding, the American nation, too, entranced by the Enlightenment and republican ideals, sought to promote a novus ordo seclorum, an ongoing quest for new order for the ages, permitting the country to preserve exceptionalism in the face of all international pressures toward conformity. While many Americans would like to believe that the United States is unique in its global behaviour, the truth is that the country behaves more or less like the great powers that preceded it.

Constraints of international competition would ensure that India suffers the same fate.

Although states differ in details of how they conduct themselves, with history, domestic politics and strategic culture accounting for much of the variance— there’s little doubt that India, too, would eventually succumb to protecting its own interests, if it doesn’t do so already. If the demands of national power came into conflict with the obligations of principle, New Delhi would unlikely sacrifice tangible gains to meet certain ideational aspirations. India’s switching to a more accommodating posture towards Burma’s military rulers to curb Chinese influence is just a recent example. Nor should India be enjoined to do so, as the nonalignment advocates might suggest, because such actions could be devastating for a still-weak country struggling to thrive in the cutthroat world of international politics.

A second and more problematic flaw in nonalignment as a grand strategy is its conviction that refusing to align with other great powers remains the best organizing principle for India’s foreign relations because it preserves the nation’s “strategic autonomy.” This attempt to equate nonalignment with preventing loss of sovereign agency confuses ends and means. If nonalignment were primarily about the end, states seeking to avoid strategic policies that were defined elsewhere from their own capitals, then all states would necessarily be nonaligned.

But when nonalignment is defined as a means— “the avoidance of sharp choices,” as Nonalignment 2.0 aptly puts it— then it becomes more dangerous, thanks to India’s strategic circumstances. In the north, China is a rising geopolitical competitor whose potential threat to Indian security interests is only complicated by two countries’ burgeoning bilateral economic relationship. In the west, Pakistan continues to pose dangers to India because of a peculiar combination of increasing state weakness married to a propensity for perilous risk-taking.

Together, these threats to Indian security suggest that New Delhi should invest in preferential strategic partnerships with the enemies of its enemies because such affiliations could help mitigate the perils posed by India’s immediate adversaries. Oddly, however, nonalignment supporters take the opposite tact, running away from preferential partnerships in a quest for strategic autonomy. Accordingly, they fundamentally misread what success requires, especially when political competition coexists with economic interdependence and containing adversaries is not a realistic option.

The strategy of nonalignment might make sense if India could muster the necessary resources to cope with its strategic challenges independently. Yet the doctrine’s third weakness consists of its failure to assess whether the transformative reforms necessary to build India’s comprehensive national power can in fact be consummated, considering the current circumstances of India’s domestic politics. The realities of Indian politics suggest that the successful “internal balancing” required for the realization of genuine strategic autonomy could fall on hard times. India’s capacity for resource mobilization is undermined by the disarray of its two national parties, the continuing ebb of power away from the national centre and towards the states, the rise of powerful regional parties, and the advent of populist politics focusing on economic redistribution rather than growth. Accordingly, India’s national security managers ought to treat the doctrine’s exhortation to eschew preferential strategic partnerships with a friendly power like the United States with scepticism.

Ultimately, nonalignment fails to recognize that when internal balancing is impeded, external balancing becomes imperative. At a time when the growth of Chinese power continues unabated and different threats posed by China and Pakistan continue to grow, New Delhi must give serious consideration to accelerating the growth in its own national capacities through tightened affiliations with a small number of friends and allies. Instead of avoiding coalitions, New Delhi should thus enter into preferential strategic partnerships taking the form of high-quality trading ties, robust defence cooperation and strong diplomatic collaboration. To be successful, India needs these ties with key friendly powers throughout the world— especially the United States— because neither its example as a successful democracy nor its efforts at internal balancing are likely to produce the security necessary to its well-being. India’s strategic challenges are grave and increasing. New Delhi must recognize that the strategic solution to the country’s predicament cannot consist of simply resurrecting nonalignment in a new guise.

Ashley J. Tellis is a senior associate at the Carnegie Endowment for International Peace. Rights: Copyright © 2012 Yale Center for the Study of Globalization. YaleGlobal Online