Retired Civil Service And Defence Officials Who Penned Letter To Modi, To Host Conclave On Relevance Of Gandhi's Teachings

The conclave will be taking forward the concerns spotlighted in the open letters written on June 10 by 65 retired IAS officials and on July 30 by 114 retired defence officers. 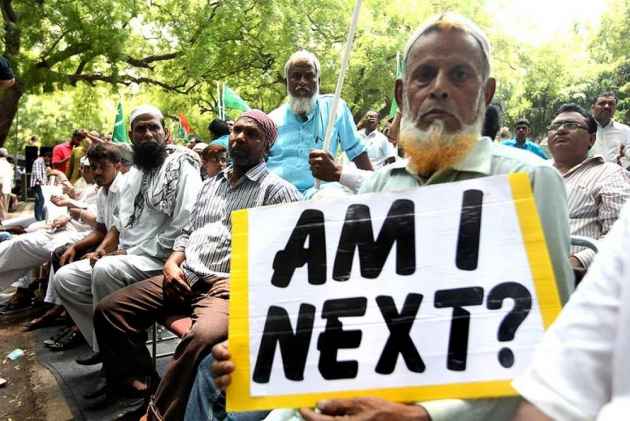 After a group of retired civil service and defence heavyweights wrote two back-to-back open letters to the Prime Minister warning about the climate of hate and intolerance in the state, they are coming together to organize a conclave on ‘A fractured polity:  The relevance of Gandhi today'.

The conclave, by the retired  officers of the IAS, IFS, IPS and range of  other Central Services, will be taking forward the concerns spotlighted in the open letters written on June 10 by 65 retired IAS officials and on July 30 by 114 retired defence officers.

The letters had espoused a host of concerns on prevailing religious intolerance, vigilantism, the propensity to crack down on student groups or universities that express dissent, a witch-hunt against certain NGOs, systematic trolling to intimidate dissenters, hyper-nationalism, authoritarianism and majoritarianism that pervade the atmosphere in India threatening free speech and other fundamental rights.

G. Balagopal, the former Resident Representative of UNICEF in North Korea and one of the signatories, told Outlook the conclave would reflect on the constitutional impropriety of some of the things that have been happening in the country so that the government may take corrective measures.

“It will be a brainstorming exercise on how to take the teachings of Gandhi forward in a practical way to make a difference to the situation we are in today,” he said. It will be held on October 10 at the Institute of Social Sciences in Vasant Kunj in Delhi.

The Conclave will have Justice A.P.Shah (Retd) as Chair, Mrinal Pande and Ramachandra Guha as panelists along with representatives of civil society and media.

The letters from former top-shots, who were armed with the freedom of expression granted by retirement, had created quite a stir.

“I certainly think the letter made a difference because it came from a group of very responsible former civil servants who agreed that there is serious concern on the certain developments of this country and they wanted to force a rethinking of coming back to constitutional values,” said Balagopal.

“Some responded to it positively, some not positively. It has had the effect we were hoping to create.”

The open letter by IAS officers cites examples of Pehlu Khan's lynching in Rajasthan, anti-Romeo squads and Prime Minister Narendra Modi's public speech at Fatehgarh on Kabristan during UP Assembly election campaign among other things.

The letter signed by Armed forces veterans too conveyed their anguish on attack on free speech and attempts to fire from their shoulder for political gains.

It had forced the veterans to support the 'Not In My Name' campaign -- a protest demonstration that happened across Delhi and several other cities across the country on June 28 against incidents of lynching of Muslims and Dalits.

The veterans' letter had said:  "What is happening in our country today strikes at all that the Armed Forces, and indeed our Constitution, stand for. We are witness to unprecedented attacks on society at large by the relentless vigilantism of self-appointed protectors of Hinduism. We condemn the targeting of Muslims and Dalits. We condemn the clampdowns on free speech by attacks on media outlets, civil society groups, universities, journalists and scholars, through a campaign of branding them anti-national and unleashing violence against them while the State looks away.”

“The Armed Forces stand for "Unity in Diversity". Differences in religion, language, caste, culture or any other marker of belonging have not mattered to the cohesion of the Armed Forces, and servicemen of different backgrounds have fought shoulder to shoulder in the defense of our nation, as they continue to do today. Throughout our service, a sense of openness, justice and fair play guided our actions. We are one family. Our heritage is like the multi-coloured quilt that is India, and we cherish this vibrant diversity."

The letters, coupled with the opposition’s criticism that Modi was silent on atrocities committed by Hindu vigilante groups, elicited a statement from the Prime Minister saying that strict action will be taken against cow vigilante groups.

“We are glad that the PM has articulated the concern and clearly stated that such illegal things shouldn’t be happening.”

“Our letter is not against any individual and we are not representing any political party,” said Balagopal when asked whether there was a perception that the PM was being unfairly targeted.