Advertisement
Home National
For the record

Returning Of Akademi Awards, "Politics Of Other Means"

After dadri lynching many writers have returned their Sahitya Akedemi award in protest. Finance Minister Arun Jaitley expresses his views on it and terms it as 'politics of other means'. Let's have a look at it. 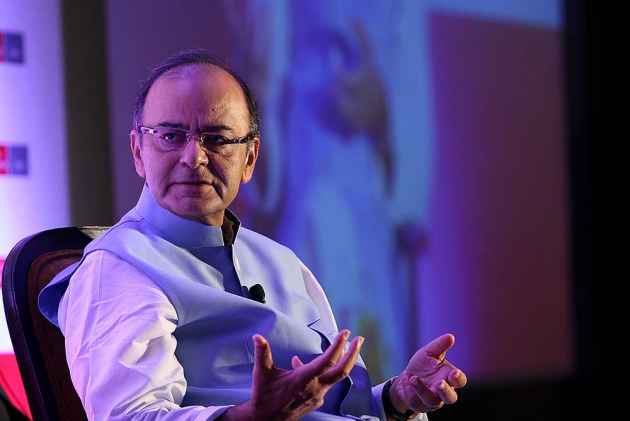 The death by lynching of a member of minority community at Dadri was extremely unfortunate and condemnable. No right thinking person can ever rationalise and condone such an action. Such incidents bring a bad name to the country.

Subsequent to this incident, a series of writers have returned awards conferred on them by the Sahitya Academy. The thrust of the writers’ protest appears to be that under the present Central Government led by Prime Minister Narendra Modi, an atmosphere of intolerance has been created in the country.

Is this protest real or a manufactured one? Is this not a case of ideological intolerance? There are large number of writers with left or Nehruvian leaning who have been recognised by the Government in the past. Some of them may have been entitled to this recognition. I am neither questioning their academic merits nor their right to have political prejudices. Many of them have spoken out against the present Prime Minister even when he was Chief Minister of Gujarat. After the new Government was sworn in May, 2014, those who had enjoyed the patronage under the earlier establishment, have obviously been uncomfortable with the present Government. This discomfort has been furthered by another political reality in India. With shrinking fortunes, the Congress is showing no signs of revival. The Left is being increasingly pushed to the margin. The new strategy of anti–Modi, anti–BJP sections appears to be to resort to “politics by other means”. The easiest way is to manufacture a crisis and subsequently manufacture a paper rebellion against the Government in the wake of a manufactured crisis.

A few months after the present Government was sworn in, media reports were carried out that there were a series of attacks against the Christian community including attacks on Churches. Protest marches were organised. It was alleged that the minority communities in the country are feeling unsafe. Each one of those “attacks” was investigated and most of them were found to be incidents of petty crimes such as theft or throwing bottles to break a windowpane. None of the attacks in and around Delhi could be attributed to religion or politics. The accused were arrested and are being prosecuted. The principal accused in the case of raping a Nun in West Bengal was found to be a person of Bangladeshi origin. The protest at that time highlighted two factors; firstly that this was an attack on institutions of minority community and secondly, the Prime Minister was quiet about it. Once the truth of these “attacks” as being the cases of crime was established the propaganda and propagandists have both disappeared.

For a cause against the Modi Government, the protesting writers have struggled hard to find a reason. The rationalist Mr. MM Kalburgi was shot dead in Karnataka, a Congress ruled Government. Mr. N. Dabholkar, another rationalist, was shot down on 20th August 2013 in Maharashtra at that time ruled by the Congress and the NCP. Both incidents need to be condemned in no uncertain terms. It is the responsibility of the State government to maintain law and order and provide security to a vulnerable target of attack. Similarly, the Dadri incident took place in Uttar Pradesh, which is ruled by the Samajwadi Party. “Politics by other means”, now dictates an alternative strategy. Combine the three crimes, camouflage the truth and throw all of them in the basket of present Central Government. Nobody has alleged any governmental complacency in these crimes. But to manufacture a revolt, it is necessary to obfuscate the truth and create the impression that the Modi Government is responsible for these crimes even if, they took place in the Congress and Samajwadi Party ruled States. In fact, one of the protesting writers in 2015 while returning her Padma Shri has cited the Sikh killings of 1984 as one of her reasons. It took thirty one years for this writer’s conscience to be aroused by the genocide of 1984. There is no atmosphere of intolerance in the country. The manufactured revolt is a case of an ideological intolerance towards the BJP.

A few questions to the protestors; How many of them courted arrest, protested or raised their voice against the dictatorship of Mrs. Indira Gandhi during the emergency? Did the writers speak against the Sikh killings of 1984 or the Bhagalpur riots of 1989? Was their conscience not shaken by the corruption involving lakhs of crores between 2004 and 2014?

With the Congress showing no signs of revival and an insignificant Left lacking legislative relevance, the recipients of past patronage are now resorting to “politics by other means”. The manufactured protest of the writers is one such case.