These films show revenge not as a personal triumph, but as a dark and dysfunctional desperation, the terrible scream of a broken psyche. 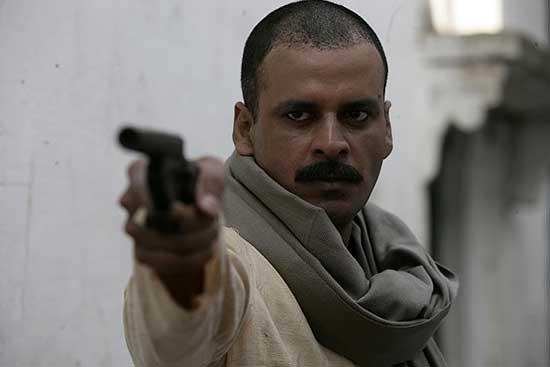 There have been quite a few movies about revenge in recent years. Badlapur is steeped in it, with revenge embedded in its very title and spelled out letter by letter in a Scrabble game, in case it wasn't clear. Gangs of Wasseypur plods through many iterations of the pointless and costly cycle of vengeance, the endless dance of an eye for an eye across the generations. Earlier this year, NH10 offered a chilling story of an ordinary woman driven by a horrendous ordeal into a bleak and vengeful space that she never could have imagined. Haider, too, draws on a classic text of revenge, a young man consumed by a mad grief-driven thirst for vengeance.

These modern takes on revenge do not glorify vengeance (well, perhaps Gangs of Wasseypur does, a little, but that is an entire topic in itself). Rather, they flay the impulse for vengeance to expose its raw, animal nerve. In Badlapur, Varun Dhawan's drive for revenge is the irrational product of grief and profound isolation, a wound allowed to fester instead of heal. In NH10, revenge is not calculated or planned, but comes on impulse, in the snap of a traumatised mind. These films show revenge not as a personal triumph, and not even really as an implementation of justice, but as a dark and dysfunctional desperation, the terrible scream of a broken psyche.

This is a departure from Hindi films of decades past, in which revenge has been shown as a noble pursuit, worthy of the most brave-hearted heroes (and occasional heroines). Vengeance has been the prime driver of the action in countless masala films — usually vengeance for the murder of the hero's mother or father, a murder which happens swiftly during the film's prologue, in the hero's childhood. From Amitabh Bachchan in Zanjeer, to Sridevi in Roop ki Rani Choron ka Raja, this brand of revenge is glorified and exalted; a lifetime's obsession with it is a sign of a pure heroic heart, dedicated and unwavering.

In some films, revenge is closely personal, as in Don, where Roma (Zeenat Aman) takes great risk to avenge her brother's death. Others — like numerous Sunny Deol films — elevate the atavistic drive for vengeance into the grandest expression of patriotism. But virtually none of these films ever question the impulse for revenge, or present its fulfillment as a double-edged achievement. More often, they cut with jarring quickness from the villain's violent demise to a beachfront sunset where the hero and heroine joyfully begin their happily ever after, The End.

In some movies, revenge is presented as a just and expedient alternative to the glacial and corrupt operation of the Indian legal system. In Ghulam, for example, Aamir Khan's character, Siddhu, crusades against the bhai who extorts and terrorises his neighborhood. Siddhu's idealistic lawyer is preparing him for trial, but the case is adjourned for a weekend, and in that brief recess, Siddhu incites a riot among his neighbors that ends in vengeance against the bhai and his gang. And who can blame them? Given the courts' notorious inefficiency and the strings the bhai can be counted on to pull, without our hero's extra-judicial initiative the slow wheels of justice might have crept along for a decade while the bhai's reign of terror continued unfettered. 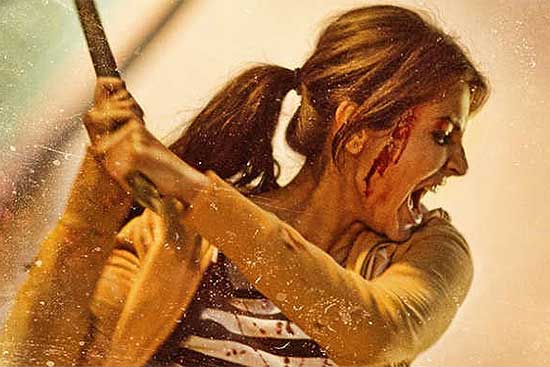 The involvement of police doesn't get in the way of a good revenge story any more than the involvement of the courts. Recently, in Mardaani, Rani Mukherjee's character, a police officer, authorises the substitution of violent revenge in place of the official channels of her branch. The implication there is that any redress the criminal justice system could provide would be hollow, not true justice; looking the other way while the villain is savaged by the very girls he victimised results in a much more visceral and satisfying kind of justice, at least in movie-land. In NH10, Anushka Sharma's character turns to violent revenge partly in desperate and rageful reaction to her ordeal, but also partly because her earlier efforts to engage the help of police and village authority are rebuffed and even undermined by those very authorities themselves. This makes explicit what was implicit in Ghulam: the justice system is so corrupt and unreliable, so protective of its own interests that the only way to achieve meaningful justice is to bypass officialdom entirely.

Back in the 1990s, when revenge films were the order of the day, Anjaam showed another character turning to revenge when the criminal justice system failed her. Shivani (Madhuri Dixit) is convicted and imprisoned for the murder of her husband on the strength of perjured testimony of the real murderer, Vijay Agnihotri (Shah Rukh Khan). Agnihotri, credible as both a wealthy industrialist and a man, paints Shivani as an hysterical and wanton woman, a misogynist theory of the crime that the court is all too ready to accept. After a few brutal years in prison and plenty of grating talk about how enduring injustice and degradation is the lot of all women, Shivani snaps, propelled by the religious chants of her blockmates into a spree of cold-hearted revenge against everyone who has wronged her during her ordeal. When she finally catches up with Agnihotri, he is hospitalised and catatonic. Not satisfied with this karmic justice doled out by the universe, Shivani takes the time to nurse Agnihotri out of his catatonia and convince him she's fallen in love with him, just for the satisfaction of his full awareness when she kills him.

Shivani's crusade against Anjaam's lineup of vile and awful men (plus one complicit female prison guard) is echoed by later Madhuri Dixit performances in Mrityudand — another film in which nearly all the men are horrible, awful people — and even Gulab Gang. In those films, Madhuri’s characters face down the institutionalised oppressors of women in terms they can understand, with rifles or machetes. Anjaam goes a step further, placing Shivani in an archetypal space in which she wields the feminine ideal as advanced by patriarchy as a weapon against it. Shivani lulls Agnihotri by playing into his misogynist fantasy of how women, especially this particular woman, should serve him, and then turns on him with another misogynist stereotype, that of woman as seductress, betrayer, and destroyer of men. Anjaam stirs an interesting religious flavor into the rib-sticking broth of revenge, dovetailing as it does the nurturer-goddess and death-goddess aspects of archetypal womanhood. (The religious resonance of this theme appears much more recently in another filmi incarnation of the vengeful-woman-as-goddess-of-death archetype, Vidya Balan in Kahaani.)

Anjaam highlights how revenge stories can convey conceptual complexity even when the agents of vengeance are portrayed as unambiguously righteous. Modern filmmakers may continue to turn a darker, more cynical lens on revenge, exposing it as dysfunction and primitive desperation, but notwithstanding these twenty-first-century ruminations, there will always be macho and jingoistic films that glorify it (perhaps this week's Phantom is among them). Revenge is so viscerally satisfying, and the drive to right wrongs with it so universal and relatable, that it will always have pride of place in the landscape of cinematic tropes. The core of a revenge story, that brave and dedicated champion delivering decisive justice — within or without the constraints of a civilised society — is just too powerful to go away.