Activists write to the US President: 'Whose 'ass' should the citizens of Bhopal kick if governments selectively shield their corporations and officials from legal accountability?' 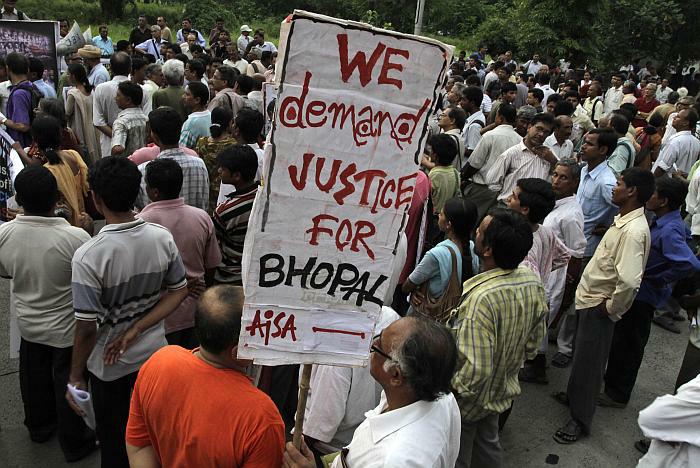 With a great deal of interest, we have been following your tough stand against BP for the oil spill in the Gulf Of Mexico, particularly your demand to know whose 'ass needs to be kicked'. We think your demand for corporate accountability for causing huge environmental damages is worthy of emulation by other governments around the World.

May we draw your attention to a bigger disaster that took place in the city of Bhopal in India in December 1984 that has officially killed over 15,000 people (about 25,000 people unofficially) and seriously injured nearly half a million people by now (the situation after twenty five years is attached for ready reference). This disaster was caused by another mega corporate entity called Union Carbide, headquartered in the United States of America, unlike BP whose parent company resides in Great Britain.

Through 'friendly' interventions of the Reagan administration that ruled the US in 1984, not only was Warren Anderson, the CEO of Union Carbide sent back from India even though he was arrested and cases were registered against him and the Union Carbide, but similar overtures resulted in all criminal cases against Union Carbide to be dropped in a shameful out-of-court settlement for a paltry US $470m. Twenty six years later, the local court in Bhopal, fettered by these collusive legal manipulations could at best convict six Indian officials of the Union Carbide India Limited for two years of jail, for which all the accused were given instant bail. The parent company based in the US, against whom charges exist in Indian Courts, is unanswerable. So no one pays for the death of over 15,000 people! Another major US corporate, Dow Chemicals, that bought Union Carbide in 2001, refuses to accept its liability for cleaning up the toxic wastes at the closed factory, that is still harming citizens of Bhopal, mainly from water that is contaminated with leached poisons stored in the abandoned factory; or liability for just compensation to the victims.

We are of course more than aware that the Indian Government and the Indian subsidiary of Union Carbide (UCIL) are as complicit in this disaster as the US government, the parent company Union Carbide Corporation and Dow Chemicals. For twenty six years the stricken but surviving gas victims of Bhopal have waged a sustained battle with the Indian establishment – governments at the centre and in the state of Madhya Pradesh, scientific, medical and industrial monitoring institutions – in courts and streets, and will continue to do so. But the subtle pressure of the US administration, contested alien tort laws of the US and the discriminatory legal functioning of the US system that puts a higher cost to a US life than that of in Bhopal has made it necessary for the victims to fight on both fronts – the US and the Indian administrations, corporations and judicial systems – for over a quarter of century now.

It is well documented that the UCC is a guilty party since it deliberately exported a defective plant whose safety systems were grossly lacking compared to the parent plant at Danbury, West Virginia. The UCC also hid facts about the toxicity of methyl-isocyanate, while it was aware about its deadly effects. The guilt about these criminal acts requires the US judicial system to act; just as the inability of the Indian inspectors to check these shortcomings requires the Indian judicial systems to book the culprits.

Is it too much to expect that you use the same yardsticks of accountability you are using for BP for the terrible oil spill in the Gulf of Mexico, for corporations based in the country you rule? Whose 'ass' should the citizens of Bhopal kick if governments selectively shield their corporations and officials from legal accountability? How would you react, for example, if because of the pressure of the British media that is asking Prime Minister Cameron to ‘stand up’ to you, Mr. Cameron made a 'friendly overture' to you to back off from 'kicking anyone's ass', meaning British Petroleum's? If you wouldn't back off, then consistent with your stand, the citizens of Bhopal and the whole world demand from you that:

Just as the US administration has demanded from the BP that it set up an escrow fund of US$20b for compensation pending legal settlements arising out of the oil spill, we demand from you to ask the erstwhile UC, Dow chemicals and the judicial system of US to reverse the out-of-court Bhopal settlement, and deposit amounts commensurate with the deaths of over 15,000 persons and half a million injuries in Bhopal, and process the extradition of guilty people immediately.

In anticipation of a prompt response and decisive action,

The Emergency And Bhopal