Review: How Does Samsung Galaxy Note 8, The Successor Of Highly Combustible Note 7, Fare?

Though expensive, the features and performance leaves no regret for having spent that money. 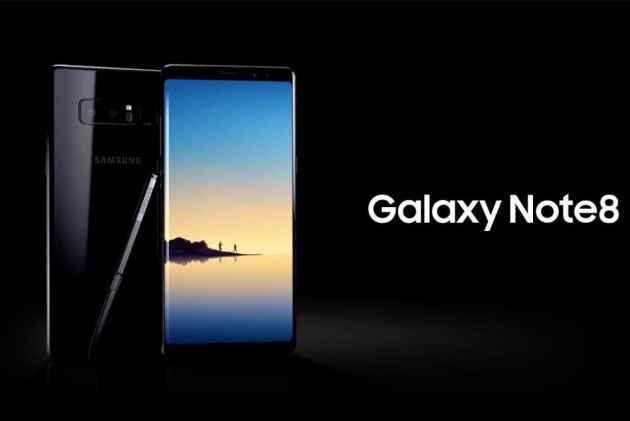 After the fiasco with its Note 7, Samsung has come up with a beat of a product in Galaxy Note 8. Considering that Samsung had to prove its steel after the disastrous Note 7, this one seems by far one of its best products.

The 6.3 inch HD Super Amoled display phone runs on a 1.7 GHz Samsung Exynos 9 Octa core processor 8895 and has a high resolution of 1440 by 2960 pixels. The display is quite bright and the colours vibrant. Running the latest Android Nougat version 7.1.1, the phone comes packed with 6 GB RAM and 64 GB internal storage with a provision to increase it to 256 GB using a micro SD card.

The phone features Samsung’s Edge display with a solid body covered with Corning Gorilla Glass 5. On the right side there is the power button while on the left is the volume rocker along with a dedicated button for Samsung’s Bixby personal assistant. The phone sports a USB C connector in the bottom, which also has the 3.5 mm headphone socket and the port for the S-Pen stylus which pops out on a soft press. The SIM card tray is on the top left which can be opened with the supplied pin. While there is no physical home button, there is a soft home button at the centre bottom which wakes up the phone on a hard press.

The phone is also water and dust resistant making it useful for Indian conditions.

There is an iris scanner too and face recognition apart from all the other usual security tools. The version coming to India is a dual SIM one though the second SIM shares its slot with a Micro SD card so one has to make a choice.

In the age of dual cameras, this phone too sports a Dual 12 MP f 1.7 and f 1.2 rear cameras with phase detection auto focus modes in both and also has a dual LED flash. The front selfie camera is of 8 MP.  Our experience with the rear camera was pretty good. Quality of photographs with the rear camera matched that of a professional camera with excellent detail and bokeh. Selfie results were just about fine. Video results were also decent as it has HDR and can go upto 2160p@30fps.

Using the S pen is really a pleasure and it works like a mouse on a laptop to enable all functions on the phone. The handwriting software is also quite handy for that odd note writing on the phone screen.

The Android version is closest to stock though it has some Samsung software pre loaded in it. It also has Samsung Pay for touch payments and also had NFC for connecting with other compatible devices apart from all other connection protocols.

The phone handles calls pretty well and is VOLTE enabled which means it can handle 4G VOLTE calls as well. With a 6 GB RAM, speed is quite good and it handles multiple applications with ease. Playing games too is swift upto an extent. Though while using Maps and  extensive gaming sessions the phone heats up a bit. The apps page comes with a slide up or down motion on the phone and is quite simple to use though the back and Home button at the bottom is too low on the screen for comfort and can be a nuisance sometimes.

What is heartening is the battery, where the phone scores a bull's eye. Though 3300 mAh seems a bit small for a 6.3 inch phone, it lasts comfortably for a day and a half using a single SIM. We used it for several calls, some game play, Whatsapp, Facebook, some video viewing and a lavish use of Google Maps and it easily lasted for about 30 hours on a single charge with still some juice left.

One thing good about Samsung is that it thinks well about a user’s needs and packs the box with a USB B to C convertor, a USB on the go (OTG) adaptor, tools and spare stylus tips for the S pen, in ear earphones tuned by AKG and a super charger for fast charging though the phone also supports wireless charging with a charging pad.

The only flip side to this beautiful machine is that it is just too slippery in the hand and on the couch for comfort. And of course the price which puts it up as one of the most expensive products after iPhone. The features and performance though leaves no regret for having spent that money.