The Governor said that from the day one he has raised the issue of corruption and taken stringent measures against it but he was “accused by a big politician of defaming the place. 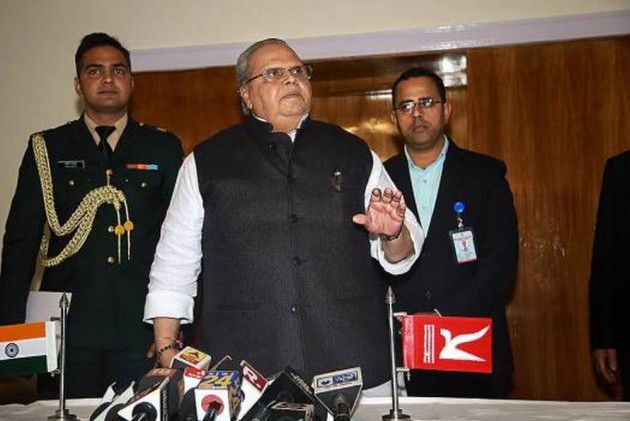 Reiterating once again his claim that corruption is the main issue in Jammu and Kashmir, Governor Satya Pal Malik on Wednesday said that the rich and powerful in Kashmir live better than Emperor Jehangir.
The Governor said that from the day one he has raised the issue of corruption and taken stringent measures against it but he was “accused by a big politician of defaming the place.”
He claimed that people who are in power, whether political power, executive or the business are enjoying better living standards than the Mughal emperor Jehangir. Corruption, he said, has stopped the development in the state.
Malik said that corruption was the real issue in Kashmir. He said the money released by the Center over the years has not been spent in the works they were meant for. He claimed that
if the funds had been utilised properly for developmental works then "Kashmir would have become golden" by now.
However, political parties have sharply reacted to the statement, with senior People's Democratic Party (PDP) member and former minister Naeem Akhtar saying "corruption in Kashmir is pickpocketing compared to Rafale," referring to the controversial fighter jet deal.

Sad governor saheb is grudging a decent house in Kashmir in a country where corruption has been the dominant issue that brought down Rajiv, UPA govt and is now threatening Modi ji. If at all corruption in Kashmir is pickpocketing compared to Rafale. https://t.co/B9AinjLKMn

Earlier in the day, the Governor addresses a press conference in Jammu and talked at length about corruption in the state and stressed on the need to eradicate it from the system.