Union minister Nityanand Rai reiterated in the Rajya Sabha session that the census schedule will not include castes other than the SCs and STs. 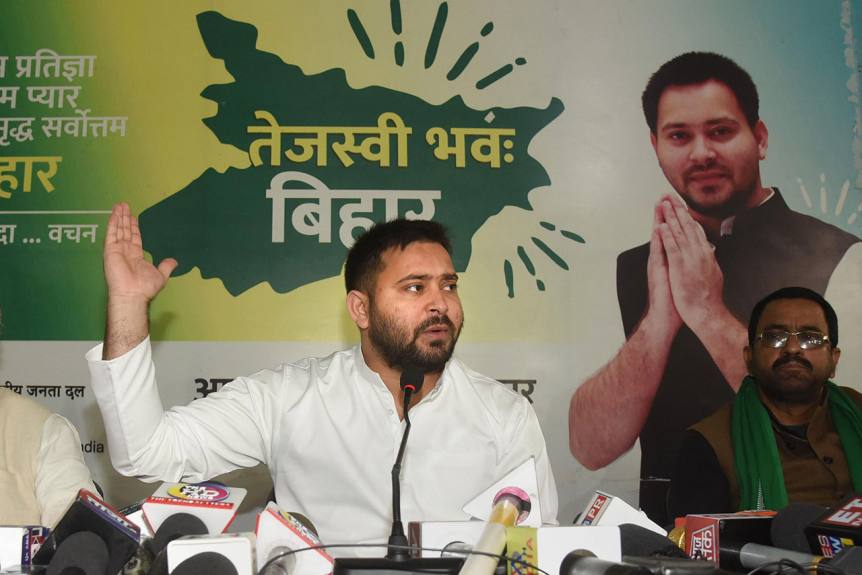 RJD top brass, Tejashwi Yadav has announced his intention to write to Bihar Chief Minister Nitish Kumar pressing demands for headcount of OBCs with the help of the state's own resources, as the Centre has slammed its doors shut on caste census.Yadav, who is the leader of the opposition in the state assembly, made a statement to the effect while talking to journalists outside the House, where the winter session is underway.

Admitting that the chief minister had acted on his request during the monsoon session, which resulted in an all-party delegation calling on Prime Minister Narendra Modi to press the demand for caste census, Yadav alleged that Kumar has been, of late, dragging his feet.

The Centre had made its intentions clear long back. The CM said he would convene an all-party meeting to discuss modalities of conducting the survey on a state level after by-polls to a couple of assembly seats. Nearly a month has elapsed since the by-elections. There should not be procrastination," said the RJD leader.

The OBCs have dominated politics in Bihar since the Mandal churn of the 1990s to which both Nitish Kumar, de facto leader of the JD(U), and Tejashwi's father Lalu Prasad, owe their rise. Unanimous resolutions have been passed by the state legislature twice in favour of a caste census, which, its champions believe, will pave way for better disbursement of social justice and welfare schemes.

Yadav was also asked about the chief minister having taken exception, on the previous day, to his habit of posting on social media letters he wrote to the latter. "I always do so only after making sure that the letter has been received. What is wrong in this? This is just a way to ensure that moral pressure is on the CM to act quickly on a matter since it is in public domain," said the 32-year-old tech savvy leader.

Referring to empty liquor bottles being found inside the legislature premises on Tuesday, Yadav said," it proves what we have always said prohibition in Bihar is a farce." Once again complicity of the administrative machinery in illegal liquor business stands exposed. How else could these bottles have been smuggled into Bihar, in first place, from some other state? These must have crossed numerous checkpoints before reaching Patna and landing inside the premises," the former deputy CM added.