Earlier in the day, the Minister told the media that he will not participate in the NDA meeting at Parliament House complex slated to be held at 4 p.m. 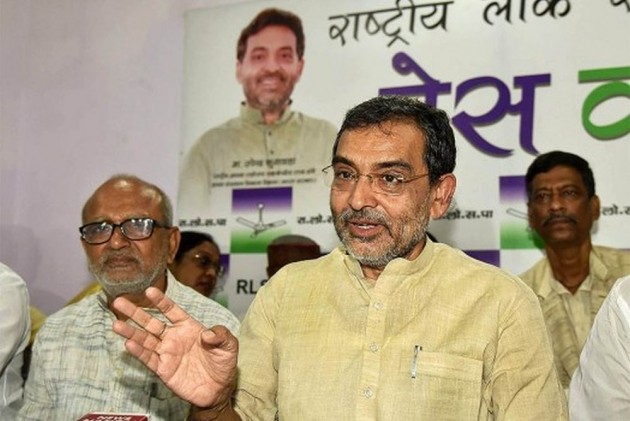 Union  Minister of State for Human Resource Development Upendra Kushwaha resigned on Monday, a day ahead of the start of the Winter Session and triggering a realignment of political equations in Bihar, reported news agency ANI.

The Rashtriya Lok Samta Party (RLSP) chief has been targeting the BJP and Bihar Chief Minister Nitish Kumar, a key ally of the ruling party, for weeks.

He has been upset with the BJP after it asserted that the RLSP would not be given more than two seats in the 2019 Lok Sabha election, even as it went out of way to accommodate Kumar by agreeing that the saffron party and the JD(U)  would fight equal number of seats.

Earlier in the day, the Minister told the media that he will not participate in the NDA meeting at Parliament House complex slated to be held at 4 p.m.

"I will not participate in the NDA meeting," he told reporters.

"Kushwaha is likely to announce his parting of ways with the BJP today. He will also quit as a Union minister," a senior RLSP leader had said earlier in the day.

The RLSP may join hands with the opposition, which includes Lalu Prasad's RJD and the Congress.

with inputs from PTI and IANS