Myanmar and Bangladesh are active partners in India’s Act-east policy, projects envisaging connectivity between the Southeast with South Asia and countering insurgency in north-east 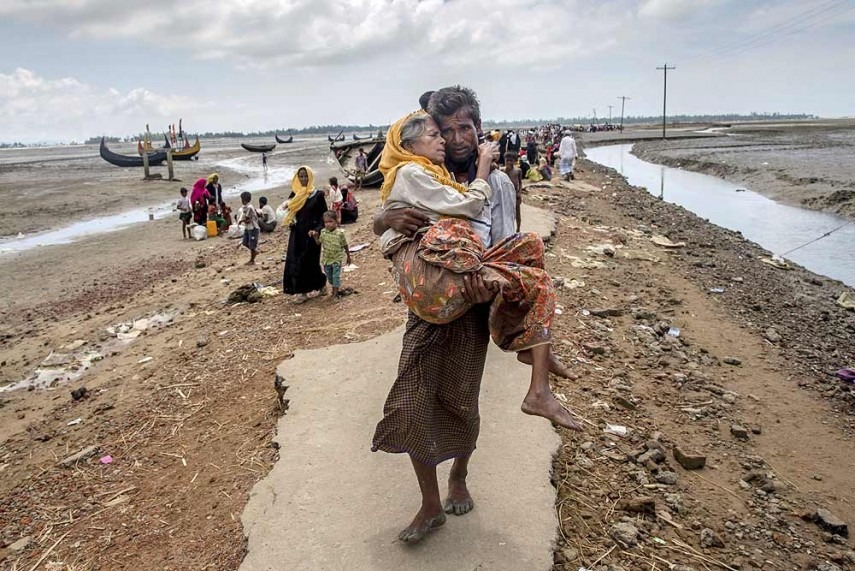 India’s diplomacy faced a severe challenge over the issue of a mass exodus of Rohingyas from Myanmar to neighboring Bangladesh. Bangladesh received around 4,00,000 Rohingyas who fled their homes in Myanmar following the outbreak of violence with the security forces in August this year. The present exodus of refugees, one of the largest in recent times, has raised concerns internationally. Bangladesh and the international community have been urging India, as a regional power, to take a bigger role in dealing with the problem.

Considering closeness that India shares with Myanmar and Bangladesh, it has been conscious of commenting on the issue for long. Initially, India was perceived to be favoring Myanmar. However, there has a revision of its stance. Displeasure expressed by Bangladesh is claimed to be the reason for the change as the country has been urging India for support. In a carefully worded statement, India expressed concern over the recent violence in Rakhine state in Myanmar. Besides, India has rolled out relief assistance to refugees in Bangladesh.  India’s gesture helped to eliminate resentment in Bangladesh but the episode highlighted the difficulty in India faces in the neighbourhood.

India is a regional power often stuck choosing between fulfilling expectation of the neighbour in one hand while safeguarding its interest on the other. The Rohingya incident stands as a test case for India’s diplomacy and it will be interesting to watch how it balances its relationship with Myanmar and Bangladesh without hampering its interest.

Rohingyas are an ethnic-religious community having linguistic similarities with people of Bangladesh. Rohingyas reside in the Rakhine state of western Myanmar bordering Bangladesh but are stripped of citizenship by the Myanmar government as it considers them to be illegal migrants from Bangladesh. Since 1980s Bangladesh is periodically receiving Rohingya refugees who fled their homes in Myanmar claiming persecution.  Already there have been around 5,00,000 Rohingya refugees in Bangladesh who entered that country in different times and living under duress and a large section of them are not even registered. Bangladesh repeatedly requested Myanmar to take back the refugees but with a very limited outcome.  The trigger for the present spell of violence has been the attack on the security forces by terrorist organisation belonging to the Rohingyas.

Since Prime Minister Narendra Modi’s visit coincided with the attack, there was an expectation that India would discuss the issue with the Myanmar government. Contrary to the popular expectation, India restricted from discussing the issue with the Myanmar’s authorities. In fact, India empathizing with the Myanmar authorities termed it a terrorist incident. India’s position hurt sentiments in Bangladesh and internationally which is seen more as humanitarian problem than security because the issue involves lives of hundreds and thousands of people who are living in dire strait and stateless conditions for decades. Again, Indian stance became a major embarrassment to Bangladesh Prime Minister Sheikh Hasina, who is accused by her opposition to being favorable to India. Hence, revision of India’s stance has contributed in sustaining bonhomie between the two countries.

Rohingya problem requires a long-term solution. The fear is if such a large number of people are left in stateless condition for years they run the risk of being swayed by many disgruntled groups for various clandestine activities. In fact, some speculations have been made between possible links between Rohingyas and terror organisation. Hence, there is a need for discussion between Myanmar and Bangladesh on the issues. Despite repeated calls by the international community, Myanmar remains reluctant to discuss the issue.  Significantly, present episode of violence took place under a democratic government which for years fought for human rights and democracy in that country.

What is actually stopping Myanmar government? Some of the possible obstacles are:- the country is under a process transformation from a military dictatorship to democratic government and democracy is very nascent. Society is fragmented on ethnic lines and the peace process is continuing. Ultras still dominates in many parts of the country and remains out of the bound in authorities in such situation are there much hope from the elected government. Also, economically the country is poor and a large section of its population lives in poverty.

Understanding the complexity of the problem a long-term solution appears to be time taking. While India should be vigilant of the security concerns it should strengthen humanitarian relief support to the government of Bangladesh. Stability of Bangladesh and Myanmar are both crucial for India.

The author is a Senior Fellow at the Observer Research Foundation, Delhi. Views expressed are author’s personal.