Role Of Different Planets In Horoscope

Each planet has its specific traits, but when it conjuncts with another planet, it may lose its original strength under the shadow of other planets 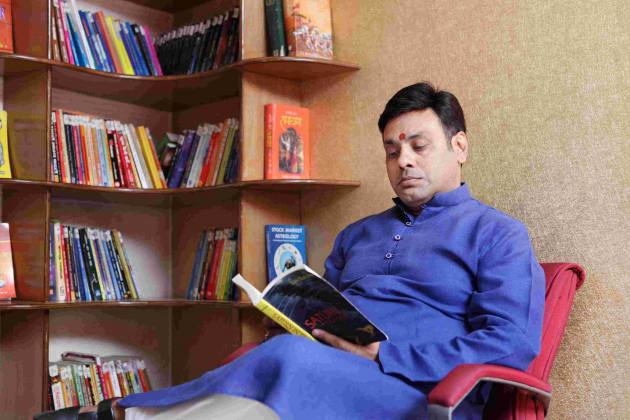 All even with a little knowledge of astrology would know that a horoscope consists of 12 houses and 9 planets as per Vedic Astrology. But then many people come to me asking which is the best house in horoscope and what is the role of different planets in horoscope? Which planet is the strongest or which planet plays the most significant role in horoscope? Most of them are misguided as they might have heard/experienced any hardship they or anyone would have faced in life, and people start blaming a particular planet. Some planets in particular take such blames. I also dither when even the learned astrologers indiscreetly or maybe deliberately attribute most miseries to one or the other planets. Saturn, Mars, Rahu, and Ketu take the maximum blame here.

However, I believe in the theory of Karma and can confirm, first of all, no planet can give beneficial or harmful results. It is your free will that can keep the worst of the planetary combinations pacified and how to trigger good results from the good planets. That way, I consider Saturn, the Karmic planet, most instrumental in deciding what you get from the different planets. I will try to explain a few crucial aspects of this misconception while explaining the role of different planets in a horoscope.

1. Importance of different planets in horoscope keeps changing with time. So understand a very simple ideology before you get pampered or scared with any planet/planetary combination in your horoscope.
2. At the outset, let me clarify that no horoscope will have only good or bad planets.
3. Any planet in any house, be it strong or weak, does not give any results on its own.
4. Role of different planets in horoscope theoretically remains the same.
5. Importance of different planets in horoscope varies as the person grows in life. So it is better to understand the role of any planet at a particular stage of your life. You will understand as you read further down.
6. Most importantly, the result of different planets in the birth chart depends on how you negotiate with the planets with your Free Will/Karmas.
7. Planets are in the horoscope, and horoscope is what you get when you are born. The planets in horoscope are based on the position of planets in the Constellation at a particular moment when you are born.
8. This particular moment of birth is decided by Lord Brahma. How Lord Brahma decides this is all based on the balance sheet of your own Karmas of the previous birth(s). So in a way, you yourself craft your horoscope, which is allotted to you by the Supreme Power.
9. Normal perception is that out of 9 planets, some are enemy planets, and some are friendly. Let’s take one example: If Mars is friendly to Sun, it is an enemy to Venus. A friendly Mars can be helpful when you need him for your career or when you need authority. But the same Mars (Mangal) can act harmful when you need good results from Venus (marriage, love, and romance). So it depends on what stage you need Mars to help you be aggressive and passionate and at what stage Mars can harm you.
10. Strongest/most favorable planet, if operating at lower energy, may not bestow the inherent good results associated with that planet. In the same way, most negative planets, if operating at lower energy, may not give you harmful results for which it is known.
11. So when we talk about planets in horoscope, their role remains the same; importance of planets in the horoscope change with time, and results from the planets depend on how we do our Karmas.

Role of all planets in birth chart

Normally, Moon, Venus, Jupiter and Mercury are considered as benefic planets and Sun, Mars, Saturn, Rahu, and Ketu are considered as harmful (malefic) planets. But each planet has its own inherent qualities/traits and behavior. So the results depend upon the placement of these planets in the different 12 houses in your horoscope. I would not like to comment on anything on which planet is malefic or beneficial in a particular house. These are all deep astrological readings so let Astrologers do a bit here. But yes, any planet placed in the right house will give you the best results.

Each planet has its specific traits, but when it conjuncts with another planet, it may lose its original strength under the shadow of other planets e.g. If Shadowy planets (who have no physical existence) Rahu and Ketu when conjunct with the most powerful planets like Sun and Moon can cause eclipses. Then the association of any malefic planet can evaporate the good natural results of any planet. This is based on the defined rules of Vedic Astrology, but again readings and results are person-specific. Now I will elaborate regarding two planets, and rest, you will understand how the role and importance of each planet change at the different stages of life.

Sun: Sun is the Atma (soul) of all planets and the person as well. It possesses various positive traits such as being a fatherly figure, having immense strength, holds self-respect and authority. It is Sun to show how a person projects himself onto the world. If a strong Sun represents energy and authority, a weak Sun can make a person ego-centric/over-confident. You may need a strong Sun when it comes to your career and profession, but not when you deal with personal relationships.

Mars: Mars denotes courage, passion, bravely, strength and confidence. But in many aspects of life, you don’t need all this equally. A strong Mars can help you in your career and profession but can adversely affect your married life.

Moon: Moon represents the mind, acts as the mother of all, imparts love, peace of mind, positivity, and emotions. A strong Moon helps a person in all stages of life, but a weak Moon can bring troubles like flickering mind or even depression.

Venus: Venus represents love, relationship, romance, beauty, sex life, relationships, be it with the spouse/business associates. Many may not know, but a good Venus is an essence for your professional life. So at what stage you need support from Venus is to be decided by you.
Mercury: Mercury represents speech, Intelligence, grasping power, alertness, and logic.

Though Mercury plays a significant role throughout life, it assumes more importance during the early stage of education.

Jupiter represents knowledge. It helps a person more when it reaches the stage of education and career, so may not have that significant in the early age of the person or, say, initial childhood.

Rahu: Rahu brings name and fame, but spoiled Rahu brings humiliation. Rahu is the planet for worldly desires, manipulation apart from many other significations attached to him. The heavy impact of Rahu in the initial age of life can make a person too much involved in mobile phones/internet-related activities and the result we know. Rahu is a shadowy and mysterious plant which, if it acts negative, tends to make a person over-ambitious, over-confident, and I don’t care type of attitude. It makes a person know no limit or cross all limits and the result we know when we hear about Top Babas, Businessmen, Bureaucrats and Politicians in the worst phase of their life. So how you make use of it depends on you. You stay under control, Rahu will play a good role, you brag or over-step, Rahu will devastate. So results of Rahu are in your hands.

Ketu: Ketu shows spirituality but detachment also. This is again a shadowy and planet of no physical existence. Ketu is known to be malefic to worldly desires and spiritually benefic. So an adverse effect of Ketu can turn a person away from mundane and worldly desires, including Love and romance, at the age when you need them most.

Saturn: Saturn is the Karmic planet that practically holds a person’s life throughout with the type of Karmas one does. You step out, become extra ambitious, or commit wrong deeds; Saturn will punish you. Saturn plays the dual role of a teacher and a cop. It depends on what you want Saturn to do to you. Saturn as a planet has such a comprehensive explanation that I cannot summarize it here. Read me separately to know about Saturn's effects on our life.
Having explained it all, now I will come to another important aspect regarding the role of different planets in horoscope.

How do planets impact our life

Finally, how do planets impact our life, what is the role of planets in our life, and what is the importance of planets is in our hands. What we did in previous births gets reflected in our horoscope when we are born. How will planets impact/affect our life depends on how we deal with the different planets at different stages of life. It will still make sense to know the impact of Sun in different houses to evaluate how you will fare to the outside world.
Understand the role of Moon in different houses, control your mind and emotions. Another important aspect of life is love, relationship, and partnerships, so learn the importance of Venus in different houses and regulate your Karmas.

One should neither get pampered nor disheartened seeing any planet in any house. Learn to respect planets at different stages of life for what they are meant for, control your Free will.