Root Cause Of Shashank Manohar’s Resignation From ICC: Money Matters 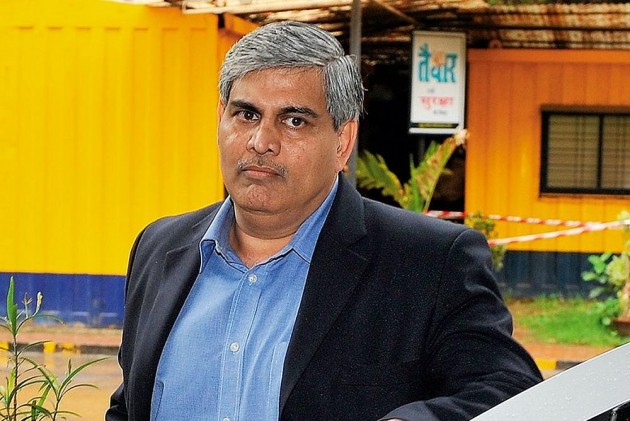 Almost simultaneously with the ICC chairman Shashank Manohar’s resignation from the post, the differences amongst the ICC members countries have come out in the open. Bangladesh has made its displeasure known for Manohar’s bid to reform the ICC and give a larger share to smaller countries.
“Three days before we came here [Colombo], we have informed the ICC that we do not agree with two specific things. One of them is relegation: we said we don’t agree with a Full Member going down. Zimbabwe might be getting demoted but it might be someone else another time. We said that the Full Membership status cannot be changed at all,” said Bangladesh Cricket Board president Nazmul Hassan  in Colombo.
“We didn’t oppose the financial reforms but there were parts of the constitutional changes that we had opposed. When these came up in the last meeting, there were things that didn’t go with us. In the next meeting, these will come up item-wise, and we will vote on them item-wise too. A lot of those present had told me to refuse the whole thing but I said that if Bangladesh is getting more money, why should I refuse? I have to look at BCB’s interest,” Hassan said.
Other countries may not have spoken, but they may do so – and vote item-wise -- at the April meeting of the ICC Executive Board at which ICC constitution is to be amended, providing more revenue share to smaller countries and less to the big ones. There are other issues that would be discussed at that meeting. The ICC draft constitution that is to be put to vote has been prepared by a five-member group, headed by Manohar.
At the February meeting of the Executive Board, when the issue of revenue sharing was discussed, the BCCI, represented by Vikram Limaye, and Sri Lanka Cricket (SLC) voted against the proposals while Zimbabwe Cricket abstained.
Now, after Manohar’s resignation the equations would change. Those opposing the ‘Manohar Proposals’ would now be more confident of defeating the proposal. To pass a proposal in the 10-member Board, it needs 2/3rd majority, something the ‘Big Three’ is likely to easily muster. The ‘Big Three’, the name given to the gang of BCCI, England and Wales Cricket Board (ECB) and Cricket Australia (CA), under N. Srinivasan had led the passing of a resolution that ensured these three countries much more ICC revenues than other Full Member countries.
Srinivasan, then ICC chairman, had formed the ‘Big Three’ gang. Their plea was that their countries should get a bigger share of ICC revenues because they, as a country, contribute more sponsorship money to the ICC. However, this contribution is from private companies/sponsors and the cricket Boards should actually not get any credit for their decision to sponsor cricket globally. Some of these private companies benefitted from the line that the BCCI took under Srinivasan as they also doubled up as sponsors of the BCCI – and thus benefitted from the ‘Big Three’ formula.
The BCCI’s share from the ‘Big Three’ formula was 20.60%, but it was cut to 10%-to-10.2% at the February meeting, and that roughly translates to $190 million less revenue for the BCCI. This was not fathomable to some people in the BCCI, even if they are no more within the organisation. They, however, continue to pull strings from the outside.
With virtually no office-bearer existing in the BCCI after a Supreme Court ruling to that effect, Vikram Limaye, managing director-cum-CEO of Infrastructure Development Finance Company (IDFC), represented the BCCI at the ICC Executive Board meeting in February. Although he was new to cricket administration – Limaye is among the four people appointed by the SC to administer BCCI until reforms are implemented – he, too, opposed Manohar’s proposal to amend the revenue sharing formula.
The BCCI’s affiliate associations have raised the issue in the Supreme Court. At a recent hearing, the Supreme Court, too, observed that the BCCI’s revenue share should not be impacted.
Manohar met the Supreme Court-appointed Committee of Administrators (CoA) a couple of days ago in Mumbai, apparently to come to a consensus before the April meeting, but apparently there was no agreement.
Manohar has insisted that his resignation had “nothing to do with the ICC functioning or these issues”. He has said that his decision to quit was a personal one and which he couldn’t share.
Manohar became BCCI president in November 2015 and quit the post when he was elected as the ICC's first independent chairman in May 2016.
Now, after quitting the ICC post Manohar says he would not reconsider his decision. “He is like that only. Once he decides to leave something, there’s no looking back for him,” a close associate of Manohar told Outlook.
Manohar first joined the Vidarbha Cricket Association (VCA) an executive member in 1983 and twice held the position of president -- from 1997-1999 and then 2001-2009. During his tenure at the VCA, he was instrumental in constructing a modern international stadium in Jamtha, on the outskirts of Nagpur, where he is based. Manohar was elected as the BCCI vice-president in 2005 and was later elevated to the post of the president.