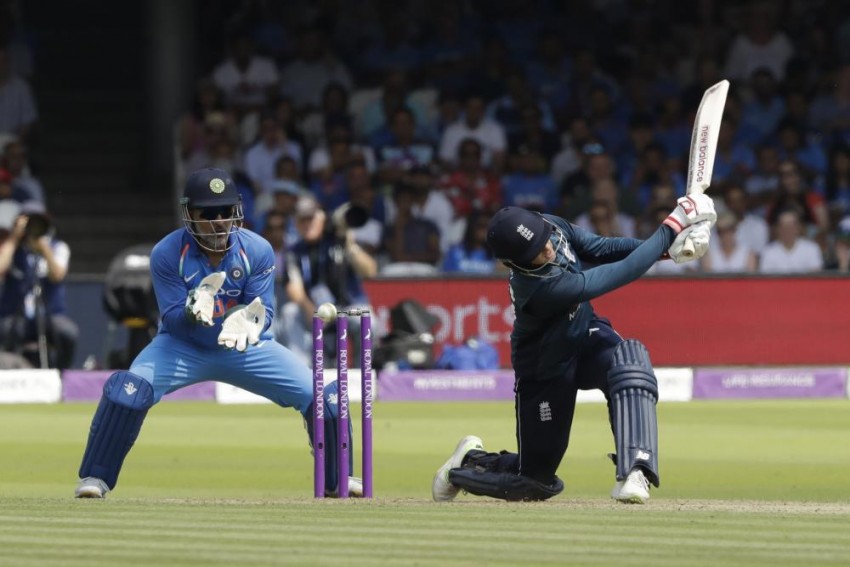 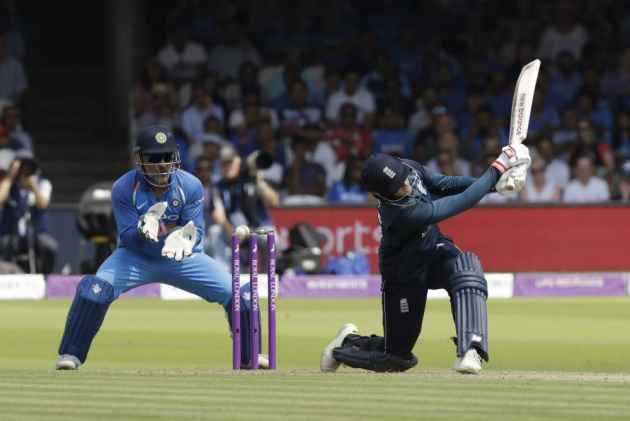 Joe Root returned to form with an unbeaten century, his 12th of career, to steer England to a competitive 322 for seven against India in their must-win second ODI at Lord's in London on Saturday.

Root scored an unbeaten 113 off 116 balls while skipper Eoin Morgan (53 off 51 balls) and all-rounder David Willey (50 off 31 balls) contributed with useful half-centuries as England crossed the 300-run mark after opting to bat in the penultimate match of the three-match series.

Left-arm wrist spinner Kuldeep Yadav was again the most successful bowler for India with figures of 3 for 68 while Umesh Yadav, Yuzvendra Chahal and Hardik Pandya picked up a wicket apiece.

Jason Roy (40) and Jonny Bairstow (38) provided a quick start to England's innings as they put on 69 for the opening wicket off 62 balls.

Umesh (1/63) and Siddarth Kaul found some swing with the new ball, but failed to provide early breakthroughs.

As the openers started to play more shots and boundaries flowed, India brought on Hardik Pandya (1/70) into the attack in only the fifth over.

The move didn't yield any result as the all-rounder was taken for 21 runs in his first two-over spell.

Chahal (1/43) was then introduced into the attack in the ninth over, followed by Kuldeep two overs later and the latter struck with his second ball in the 11th over.

Kuldeep bowled Bairstow as the batsman went for a sweep and the ball hit the stumps after ricocheting off his pads.

England were then reduced to 86 for 2 as Kuldeep picked up his second wicket in 12 balls as Roy was caught in the deep trying to clear the fence.

It was an unnecessary shot, much like his reverse sweep at Trent Bridge, which had triggered a collapse. But this time, Root and Morgan countered Kuldeep's threat in the middle overs with some sensible shot selection.

They rotated the strike and looked to pick up the odd boundary in between. In doing so they added 103 runs off 99 balls for the third wicket which put England back in contention for a 300-plus score.

After the initial setbacks, the hosts crossed 150 in the 25th over. Morgan scored his 38th ODI half-century off 49 balls, while Root reached his fifty off 56 balls.

But Kuldeep came back into the attack as the visitors searched for a wicket and duly delivered when Morgan was holed out in the deep of a full toss.

Umesh and Pandya provided a double blow in the form of Ben Stokes (5) and in-form Jos Buttler (4), both of whom were caught behind the wicket by MS Dhoni, who became the fourth wicket keeper to complete 300 ODI catches after Adam Gilchrist (417), Mark Boucher (403) and Kumar Sangakkara (402).

Chahal bowled a tight seven-over spell in this passage of play as England lost 3 wickets for 40 runs in the penultimate 10 overs.

Moeen Ali (13) tried to break the shackles, but only managed to hole out off Chahal in the 42nd over with Rohit Sharma taking a fine catch.

Willey then joined Root in the middle and together they turned the tables, scoring 82 runs in the last eight overs to propel their score.

Root reached his hundred off 109 balls, but Willey provided the real finishing touch as he smacked five fours and a six, bringing up his maiden ODI half-century off 30 balls.

The Importance Of Being Hima Das, India's New Athletics Sensation