The RPF, which is an immediate responder in cases of human trafficking through rail transport and plays a key role in curbing this menace, rescued 630 people, including 54 women, 94 girls, 81 men and 401 boys. 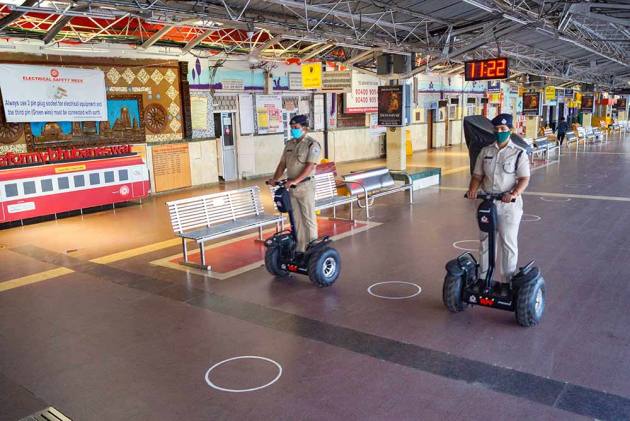 The Railway Protection Force (RPF) saved the lives of 601 people and rescued 630 others from human traffickers during 2021, according to an official statement issued on Thursday. It retrieved luggage worth over Rs 23 crore and escorted 522 oxygen special trains last year.

The RPF also ensured implementation of Covid-appropriate behaviour at trains and stations. Twenty-six RPF personnel died after contracting Covid while on duty, the statement said. During 2021, RPF personnel saved the lives of 601 people. Head Constable Gyan Chand laid down his life while saving a woman attempting to commit suicide in March 2021 at Bharwari Railway Station, NCR (UP).

Under "Mission Jeewan Raksha", the RPF has saved the lives of 1,650 people in the last four years. RPF personnel have been awarded with nine Jeewan Raksha medals and one gallantry medal by the president in recognition of their efforts in saving lives in the last four years. The Railway Protection Force also deployed 244 "Meri Saheli" teams at major railway stations across India for the safety of women.

Other preventive measures to ensure security of passengers, especially women, include train escorting, CCTV system at 840 stations and about 4,000 coaches, women escorts in women special suburban trains, regular drives against unauthorised passengers in women coaches, etc, are also being implemented.

The RPF, which is an immediate responder in cases of human trafficking through rail transport and plays a key role in curbing this menace, rescued 630 people, including 54 women, 94 girls, 81 men and 401 boys. It also rescued more than 11,900 children in need of care and protection. A total of 132 child help desks are functional across the country.

Last year, the RPF arrested more than 3,000 criminals involved in offences against passengers and handed them over to the GRP/police. A total of 8,744 people were arrested for damaging railway property and over 4,600 people involved in illegal ticketing were apprehended in 2021. With the arrest of 620 drug peddlers, the RPF seized narcotics worth Rs 15.7 crore.

The RPF personnel also apprehended more than 25,000 people unauthorisedly travelling in the coaches reserved for women and 9,307 people from the coaches reserved for persons with disabilities during 2021. More than 80,000 calls/complaints received from passengers in distress on toll-free helpline number 139 and on Twitter were promptly attended and resolved.