RR Skipper Sanju Samson: Sharing Information With The Team On What's Working Well For Me

Sanju Samson has been in exceptional form in the second leg of the IPL. He has scored 2 consecutive half-centuries in the last two games against DC and SRH 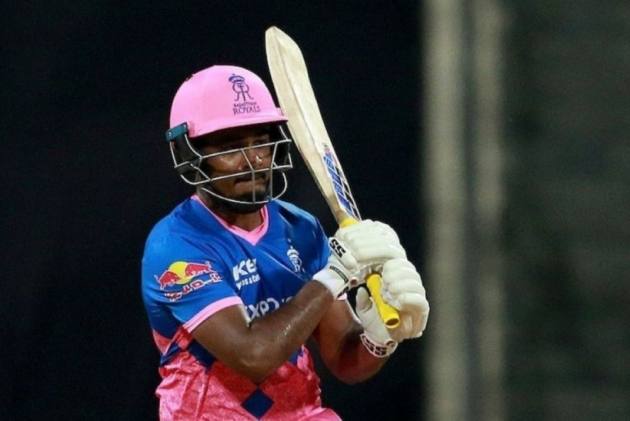 Rajasthan Royals skipper Sanju Samson, who has been in sublime touch said that he is trying to "share information" with his teammates as to what has worked for him during the second leg of the IPL. (More Cricket News)

Samson has been in exceptional form. He has scored two consecutive half-centuries in the previous two games but the other batters in the side have failed to get going. On Monday, they lost to laggards Sunrisers Hyderabad by seven wickets. (Highlights)

"I'm sharing as much as I can with the youngsters. The things that are working for me and people trying to perform. That communication is happening from my side," Samson said.

"But to be honest, everyone playing in the playing XI they've played enough cricket to understand what do we need to do to get back from failure to success. We need to trust their characters and hope for best in the coming matches," he added. After snatching a win from the jaws of defeat against Punjab Kings, Rajsthan have lost two games on the trot, which has partially hampered their play off qualification chances.

"Myself and the whole team are a bit disappointed by the way we the last game. We know that we can play much better as a unit and definitely in the coming matches, we will showcase a good standard of cricket."

Asked what he as a captain tells his squad in tough situations, Samson said "We need to boost their confidence and tell them how good we are but at the same time we need to also tell them what's going on, we need to be honest and true to ourselves and understand that we are not playing the brand of cricket that Rajasthan Royals is known for.

"We need to express ourselves a bit more, we are much better than this. The Royals next take on Royal Challengers Bangalore here on Wednesday. Talking about the crucial clash, Samson said "Every opponent is tough in the IPL so it comes down to the brand of cricket we play. If we (are able to) play around 80-90 per cent of our potential we can defeat any team in this tournament. We have done it before and we need to focus..," he concluded.